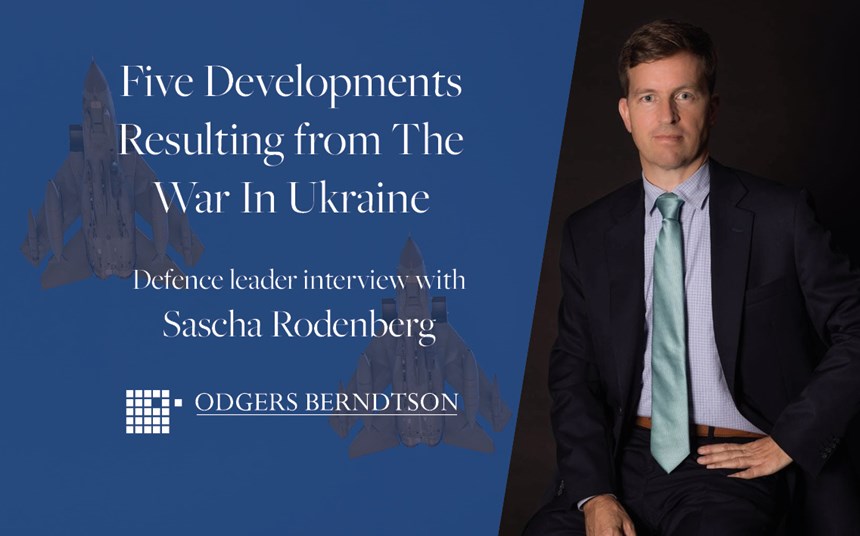 We speak to Sascha Rodenberg, a leading strategy consultant in the defence and security sectors, about how the war in Ukraine will shape the future of global aerospace and defence.

The war in Ukraine has upended the aerospace and defence sector globally, from increasing defence spending to accelerating the demand for new technologies and armaments. According to Sascha Rodenberg, there are five key dynamics now at play that will dramatically affect companies in the space.

We now have the reawakening of the old Cold War oppositions with Russia and its allies on the one side and NATO and the U.S. on the other. And just like with the first Cold War, we’re likely to see a renewed investment in innovation and R&D from MoD buyers, pivoting away from 20 years of the war on terror. A few likely key areas are a variety of drone and drone defence systems, cyber security capabilities, and integrated warfare systems that combine cyber with conventional warfare.

I don’t expect the appetite for increased innovation to reach its peak for another four to five years. At that point, those companies with fully developed innovation capabilities will be the first ones invited to the table by MoDs. Sascha explains:

"From a talent perspective, this will drive demand for individuals who can think outside the box, and particularly, who are adept at setting up and running innovation departments."

The nature of warfare has changed

The armed conflict in Ukraine is causing an evolution of tactics and of warfare leadership. The most apparent of these tactical changes is the use of drones and UAVs.

says Sascha. While Ukraine is not the birthplace of this, we are seeing this development gain in scale. This will change (and already is changing) the types of systems and products companies in the aerospace and defence sector pursue.  Public R&D funding will likely be shifted to align with the requirements that are created by the evolution of these tactics.

In the Middle East we’re already seeing this play out. Drone defence systems have so far been designed to protect critical sites such as airbases. But the threat from drone attacks in countries like Saudi Arabia and the UAE extends to the entire country. Going forward, we’ll therefore see the development of systems that protect large areas and against the whole range of UAV threats.

There has been a trend for some time to augment physical warfare with cyber-attacks. But the war in Ukraine is showing just how advantageous it is to combine cyber with ‘on the ground’ warfare.

Many defence companies offer advanced cyber capabilities and C4ISR platforms, but have not necessarily integrated them. In the near future, I expect their integration to be standard practice and to be extended to commanders at the brigade or even battalion level so they have the ability to call in digital strikes on critical infrastructure, rather than risking soldiers.

This includes attempts to influence views and opinions via social media and sow distrust about opposition leadership and their intentions. Such capabilities are established, but it wasn’t until the conflict in Ukraine offered scale-up opportunities and broader application that we saw this come into play.

One further case for integration is wide-ranging application of data analytics. Capabilities within this space already exist but I still expect there to be increased demand for individuals who can harness data analytics capabilities within a warfare context and across multiple domains from forecasting opposition actions to mission prioritisation, creating resilience in the war fighter’s supply chain, and exploiting the opposition’s vulnerabilities.

Country inventories need to be replenished

Both the U.S. and European countries have made significant donations of military equipment to Ukraine. These depleted inventories will need to be replaced so we’ll see MoDs place larger orders and a growing replenishment business develop as a result.

Already we’re seeing defence budgets increase, and in the near term, much of this will be spent on replacing equipment sent to Ukraine. The next one to three years will be a growth period for existing companies in the space and they are likely to enjoy increased revenues with very little risk as they are asked to replenish mature products.

The re-emergence of tech export controls

Exports controls of defence articles exist and will remain in place, but exports of dual-use articles stand to receive greater regulatory oversight. The impetus for this began when Ukraine identified Western-made components in Russian drones (some of which were sold to Russia after the start of the war). This is likely to have collateral business impact, notably for non-defence companies. Many kamikaze drones can be made almost entirely from hobby-grade components. We have witnessed this with drone attacks on the Arabian Peninsula. It is uncertain how effective revived controls will be.

In summary, I see the next three years as business as usual for the defence sector but with higher demand from replenishment needs and larger defence budgets. As we approach the next five years, this will evolve into companies driving specific innovations and capabilities for more advanced and more integrated multi-domain warfare capabilities.

To discuss the changing landscape of the aerospace and defence industry and leadership acquisition in your own organisation, please do get in touch with us here or your local Odgers Berndtson contact. 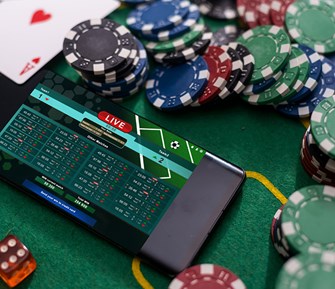