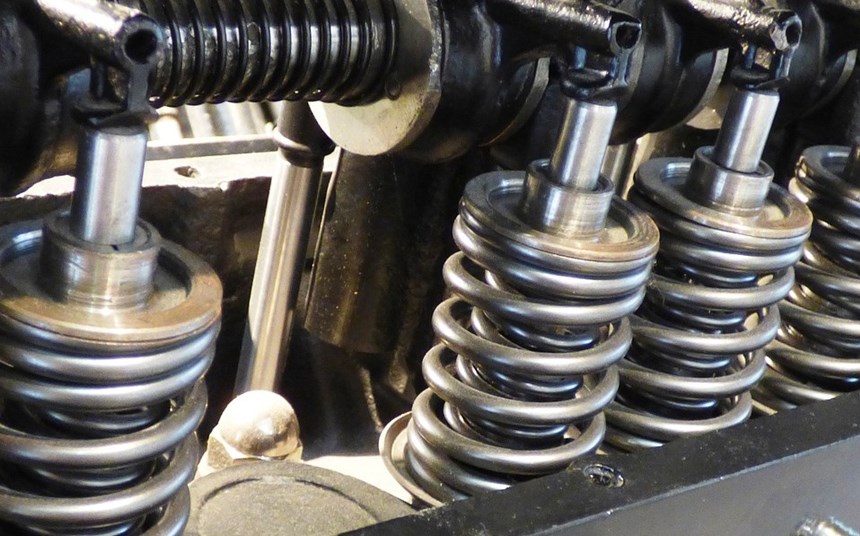 The art of being prepared

As Rodney O’Neal, President and CEO of Delphi Automotive, prepares for retirement he talks to Nick Kochan about his illustrious career heading up one of the world’s largest automotive supplier companies When Rodney O’Neal was a young African- American growing up in Ohio in the 1960s, his father would stress the importance of education and of opportunity.

A career and lifetime later, this American executive has proven the value of both.

As he prepares to retire at age 61 from the helm of one of the world’s largest high-tech automotive companies, Delphi Automotive plc, he reiterates the power of opportunity.

“I was taught that opportunity will come along but the only way to seize it is by being prepared. Preparation is key no matter what you are going to do. You need to find what it is that you love, and then work hard at being good at it. Being prepared is important, because if you are not prepared you cannot seize opportunity and you will squander it. You pick a path in terms of what you are going to do in life.

The best managers in the world, no matter what they do, they work hard at it.”

The same emphasis on absolute focus and commitment informs his view of executive development and recruitment.

“Professional executives should do what they love to do. If you are in a high-tech company, you should love technology; otherwise you won’t be very good at delivering on it. The very best executives and the ones I have hired over the years have a real love and fascination for their work.”

The other qualities he values in colleagues are sheer intellectual rigour and down-toearth realism. He has no time for over-hasty conclusions based on ill-prepared data.

“All decisions have consequences. You must think through the fourth, fifth, sixth, seventh order of consequences. The good managers – that I value and want to recruit – are the ones that keep reality in front of him/ her. They must be dealing with reality and not what they would like reality to be. I value managers who care about ideas that work. You have got to be able to execute your plans as well as create them. Anybody can write down a bunch of things on a PowerPoint presentation that we ought to do, or make things better. But making that happen is a completely different game.”

His remarkable career reads like the true American tale, an object lesson in seizing opportunities.
Born in 1953, his family comes from the south in the United States and moved to Ohio in search of work. He received his degree from a highly-regarded technical and business college, General Motors Institute. It was a co-operative programme and paid his fees.

He then joined the company on the shop floor. His energy and commitment impressed his managers and he climbed the corporate ladder quickly, first at General Motors and then at Delphi.

Another opportunity came in 2005, when he took Delphi into Chapter 11 (the American form of bankruptcy) with a trio of ‘megatrends’ which Delphi continues to operate under today. As the company was struggling, O’Neal, who by then was president and chief operating officer, asked himself, “what did the world care about, what were we good at, what was relevant.

Three megatrends caught my attention: safety, green and connectivity. We thought they were relevant anywhere you went in the world. Governments and consumers cared about safety, they cared about the environment and they would care about being connected.” O’Neal became CEO in 2007.

The company restructured with a more globally diversified footprint, focused its product offering (from 119 products to 33), and significantly reduced its operations and employment.

“Through the Chapter 11 process we were trying to fix certain problems in the company. We didn’t have any problems with unions, or with our customers. It was just that the rules of engagement didn’t work, so they had to be altered.”

The company came out of bankruptcy in 2009 as a leaner, high tech business. The company made its initial public offering in November 2011, when O’Neal rang the bell to open that day’s trading of DLPH at the New York Stock Exchange.

“That was an incredible moment of excitement and satisfaction, of a journey worth taking to make this company into what it is today. That was confirmation that we had done a great job and got it right.”
The company’s stock performance in the subsequent three years has validated that claim.

The megatrends he espoused back in 2005 remain part of today’s landscape, he says.

“They are going to become more relevant and hotter tomorrow. That doesn’t guarantee victory, but it means you have a chance, you have an opportunity. The challenge is to seize that opportunity and make something of it. The world has changed radically in 20 years.”

Whether you had a good day or a bad day – depending on your feedback, you got it back almost instantaneously!”

The latest just-in-time approach to operations was being adopted and O’Neal was on the front line, first turning around a plant in Portugal where he was a production manager and then one in Canada where he was a general superintendent of manufacturing.

He went on to acquire an MBA at Stanford. This paved his way to a move into corporate strategy. Technology presents the automotive industry with its greatest challenge, says O’Neal.

He witnessed with awe an on-the-road drive in Las Vegas of a driver-less car made by Delphi, but believes there will be challenges on whether it can be made to pay its way.

“Technically it is not an issue. The question is, does it create value for investors, does the world really want it, is it relevant and can you pay for it? It is not a technical question any longer. It has become a social question, a legal question, and that becomes a financial question.”

There is not a piece of technology anywhere that is more sophisticated than a car.”

The car has retained its role as the primary travel mode by its capacity to “reinvent itself, to become modern and safer. Today’s cars recognise that people want connectivity. It is absolutely incredible what is happening in the industry technically.”

Managers have to be equally flexible if they are to triumph.

“Companies have to work and stay relevant and contemporary. You have to always make sure you are reinventing yourself from your business model from your operational perspective and your products and services.” A keen observer of how companies use their people, he sees a lack of diversity in many of the companies he visits round the world.

“I have lived and worked around the globe. All industries in all regions need to be more diverse. It is not just minorities, it is also females and it is different nationalities. Companies are too monolithic. There needs to be more diversity everywhere. The corporate global landscape needs to be more inclusive. The world has become a lot smaller, the borders are almost seamless and you need perspective from everywhere.”

If what lies ahead is as remarkable and as unpredictable as his past, O’Neal has indeed nothing to fear. Indeed his charisma, energy and vision will be sought by many in the automotive industry, if not much wider afield. What’s next is something he is not saying.

“My life is a bucket list. You make a list of things that you want to go do in your life and you check them off, one at a time, as you get one done.”

One task for his retirement at the end of February is to tend his hybrid tea roses, a long-time passion.
“You have to bury them in the winter because they don’t like the cold. I told you they are a lot of work,” he says with a loud laugh.

The future holds only opportunity for O’Neal. “Opportunity will be there for me should I choose to do something. I haven’t made my mind up what I am going to do. I can’t be spending time worrying about something else when I still have this very important job to do at Delphi.”

Our experts explain how to navigate challenges and stand out among the competition when applying...
Read
6432