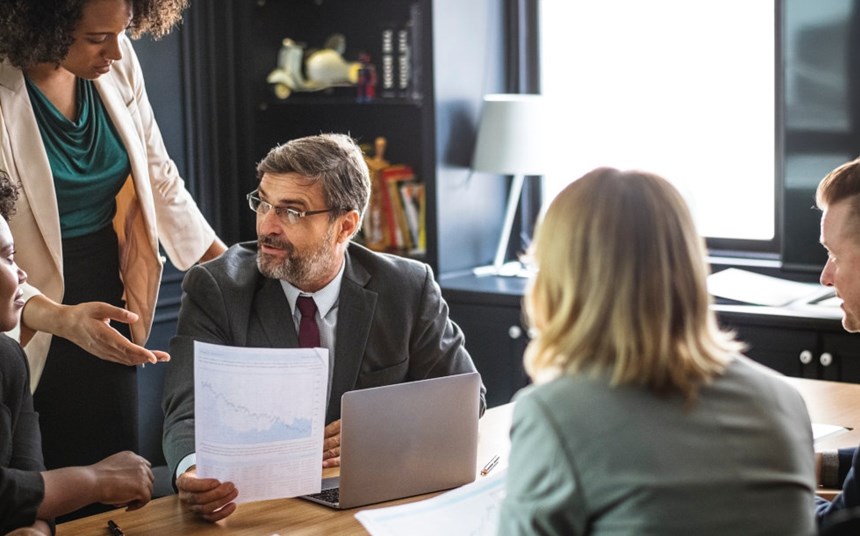 Diversity in the Boardroom

PwC Canada’s Sandra Pupatello discusses how diversity in the boardroom leads to a good dynamic and better decisions with Founder of the Canadian Board Diversity Council, Pamela Jeffery and John Sanders, Partner in the Board Practice at Odgers Berndtson.

Corporate Canada faces growing pressure to make boards of directors more diverse and inclusive. As of December 31, 2014, seven provinces and two territories had adopted new Ontario Securities Commission rules that require public companies to disclose the number of women on their boards and in senior management positions – and explain how they’re supporting board diversity.

Pamela Jeffery, Founder of the Toronto-headquartered Canadian Board Diversity Council, and John Sanders, a Toronto-based Partner in the Board Practice at executive search firm Odgers Berndtson, recently discussed the changing landscape with PwC’s Sandra Pupatello. Chair of Hydro One Networks Inc., Pupatello was a member of the Legislative Assembly of Ontario from 1995 to 2011.

Sandra: In the last six months, I’ve heard more about the issue of board diversity than I ever have. Why is this such a hot-button topic?

Pamela: Governments are now taking a more active role. The federal government flagged this as an economic issue. In Ontario, the provincial government did the same. And then the Ontario Securities Commission acted quickly with its comply-or-explain plan for women on boards.

Sandra: But are companies doing this out of fear of the regulator or because it truly is good for business?

Sandra: It’s a lot easier to understand if you are a business that works directly with the consumer.

Pamela: You’re absolutely right, Sandra. If you’re customer-facing like retail or finance and insurance, it’s easier to perhaps understand why you want to have that customer understanding represented on your board. Research shows that women are making or influencing 80 per cent of purchasing decisions. That is a key driver for boards, but it goes beyond that. It’s difficult to say that because a company has a diverse board, its financial performance improves. What is important to note is that companies with diverse boards have better financial performance, so there is a clear correlation. If you have more diversity around the table, you’re going to have more perspectives and you’re going to have better discussions. We say that better discussions will naturally lead to better decisions.

John: There’s no doubt the discussion is more robust and goes into areas it might not otherwise go when board composition is diverse. Research on small group dynamics shows that the desire to avoid conflict is significantly higher in homogeneous groups.

Pamela: Eighty per cent of board seats are filled by the directors themselves, and 20 per cent is filled by search firms through a more rigorous process. Women who come on boards are much less likely to come through the old boys’ club, and those women are likely much more independent. They are able to present a point of view without worrying about harming existing relationships. What you want is independent directors at the table.

Sandra: And directorships tend to come from people who have had executive positions. As we say in politics, you have to increase the pool to pick from.

John: That’s an important part of the conversation. You can have a diverse board, but you really have to ask if that’s going to drive participation of women in the executive group. I think that’s where the rubber hits the road. The board has an oversight function, but its management’s responsibility under the care of the board is to drive business results. And if we believe that having women participate can produce better decision making, that’s got to be at the senior management level, as well as the board. And then that, in turn, will increase the talent pool.

Sandra: If you had to give companies one bit of advice on this matter, what would it be?

Pamela: I would tell them to undertake a rigorous process to identify skill gaps and to identify the best candidates in the entire talent pool to address them – and to ensure that there are candidates who are non-traditional in the process. They should define how many non-traditional candidates they are going to consider to try to get at that bias we all have, which is that we tend to like to hire people who look like us. So, to cut through that, we recommend that boards consider at least three candidates who are diverse for each open board seat.

John: It’s good common business sense to recognize that the composition of the country is diverse and that there are multiple stakeholders. There’s an orientation coming up in the next generation to look at concepts such as diversity not as something foreign or new, but as a reality of day-to-day life. Those are the customers of the future, and there is now an opportunity to make sure that the tone at the top and the corporate message reflect the values of the current generation and generations that are coming up. The end result will make a better organization and a more robust business going forward in all sectors. It is a recognition of where we are and where we’re going.

Sandra Pupatello is Chair of Hydro One Networks Inc., CEO of WindsorEssex Economic Development Corp. and Director of Business Development and Global Markets for PwC Canada. Sandra’s depth of experience, a network of business contacts and public profile allow her to serve PwC’s clients domestically and abroad.

Expert Opinion: Pamela Jeffery is the Founder of the Toronto-headquartered Canadian Board Diversity Council. John Sanders is a Toronto-based Partner in the Board Practice at executive search firm Odgers Berndtson.

Following our Boards and Recession issue of Observe in August 2022, our global experts provide th...
Read
6002