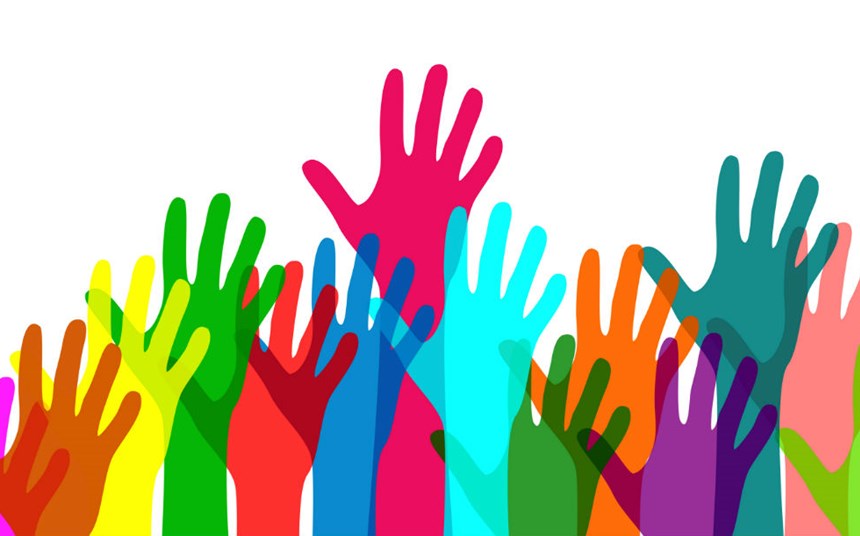 We get the who and how of diversity. We still don’t get the why

Last week, my team and I attended the launch event for a new report into the state of the charity sector by think tank New Philanthropy Capital (NPC)

The research dissects some of the challenges felt by charity boards and calls for a shift in focus towards the opportunities available by maximizing resources and building collaborative partnerships.

Reading through their findings, it has been interesting to see reflected empirically the trends that sector chief executives and trustees tell us when briefing us on the skills they require for their leadership appointments.

As part of the research which took the pulse of 400 sector leaders through interviews, roundtables and a poll, my team contributed to discussions around the much-discussed but still misunderstood issue of diversity.

At a roundtable which I attended on this topic, I was struck by how low a priority diversity is for many charities when compared to ‘other issues’ such as improving governance to building public confidence. As I said at the time, I thought this baffling since improving the diversity of an organisation contributes to improved governance. It’s far from a separate, less critical matter but rather a contributing factor.

And that’s because ultimately the benefits of including a range of opinion, experience, skills and background are not fully understood. 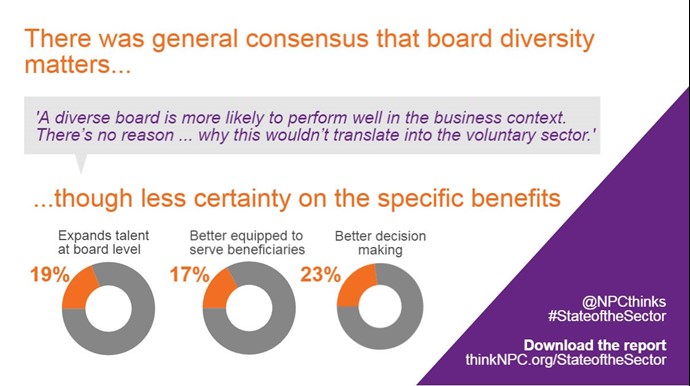 When asked to point to the benefits for a diverse makeup of the board, 51% of respondents said that having a range of experience was itself a benefit. But this does not answer what impact can be achieved. And from the point of view of a charitable organisation, benefits can surely only be perceived through the prism of the impact they help to achieve.  That’s not to say that having a range of views isn’t in itself a good thing. As one respondent put it:

“If you don’t have diversity it reduces the degrees of the unintended comment or discussion out of which innovation comes.”

But more thought needs to be given to how this aligns to impact rather than just hope that it will have indirect or unintended benefits.

It’s key therefore to have the right mix of experiences, perspectives and backgrounds to both innovate, develop and deliver the agreed strategy. That’s what makes an effective board rather than just a diverse one – something that, during our roundtable on the topic, appeared to be better understood in the private sector than it is among charities.

And that starts with getting the on boarding process right. The report found that charities need to make improvements to make recruitment more open, considered and formalised including considering multiple hires at the same time and seeking the widest possible candidate pool.

In my experience working on senior charity appointments, it common for charity boards to seek talent that will offer different perspectives, but often without thought given to how they include and integrate that person beyond the search process. Diversity only works if it’s fully integrated and developed as a team; the job isn’t complete just by getting the right people around the table.

Another interesting aspect in the report is the link between diversity and risk. Risk taking is a key theme that the report explores widely and NPC argues that taking risks needs to be better aligned to a charity’s transformation goals. One respondent said:

‘I think it’s important that the board remains both outward looking and forward looking, because the chances are that the risk that is really going to give you trouble is one that isn’t obvious … I think part of that is trying to get diversity on the board’

But the research found that charities believe they are taking risks by increasing their activities to diversify what their charities do. This is often to cover all bases in an uncertain time. But NPC makes the case that the opposite should be true: organisations should re-focus on their core mission and if necessary, rationalise activities. Doing this actually requires a healthy attitude to risk-taking – to be bold in one’s resolve about which activities to pursue and which to abandon.

It is interesting that attitude to risk is becoming more of a desired trait sought for in the appointments that we help charities to undertake. And at the same time, leaders are being sought to help provide that clearer focus.

Our experts explain how to navigate challenges and stand out among the competition when applying...
Read
13207