Instead, forward-thinking firms recognize that a strong, visible culture serves as a competitive advantage because it enables an authentic consumer connection and serves as a magnet for top talent.

At its core, the intention of hiring for culture fit is about ensuring that employees are in alignment with the vision and mission of the company. Employees that are a poor culture fit can cost an organization 50-60% of the person’s annual salary, according to the Society for Human Resource Management.

But when the organizational culture itself is complex and not easily defined, it follows that culture fit is equally amorphous and therefore difficult to assess. Employee behavior, office design, and dress code are a window to company culture but do not show the whole picture.

Workforce optimization expert and Managing Partner of PeopleMax, Brad Wolff agrees. “We all have our own cognitive biases and are wired for cultural homogenization. This is why you see start-ups mostly hiring single people in their twenties and early thirties.”

Take Microsoft, which tripled in value thanks to a well-defined culture overhaul led by CEO Satya Nadella over the past five years. Inspired by Stanford psychologist Carol Dweck’s book, Mindset, Nadella heavily evangelized the notion of ‘growth mindset’ as core to Microsoft’s future.

Forward-thinking companies, realizing that culture can no longer run on auto-pilot, are going back to the drawing board to define a unified set of values to steer employee efforts and strengthen the recruitment process.

Atlassian recognized that values need to be “worth living” for employees to embrace them and be inspired by them. They also acknowledge that people can hold similar values while exhibiting vastly different personalities, which, over time, de-homogenizes a company’s culture.

Atlassian saw a marked improvement in overall diversity with the percentage of female leaders and women in technical roles, both increasing year on year. The company recognized that as a business grows and changes, so will its culture. But “a strong set of shared values lets you flex and adapt and roll with the changes,” according to Cannon-Brookes. 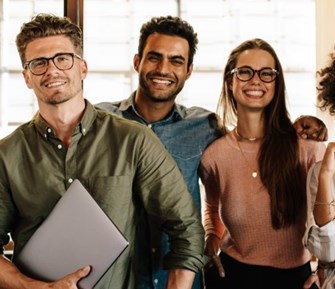 Bev Postma speaks with Yan Vermeulen on how vital intentionality, partnership and diversity is to...
Read
19059