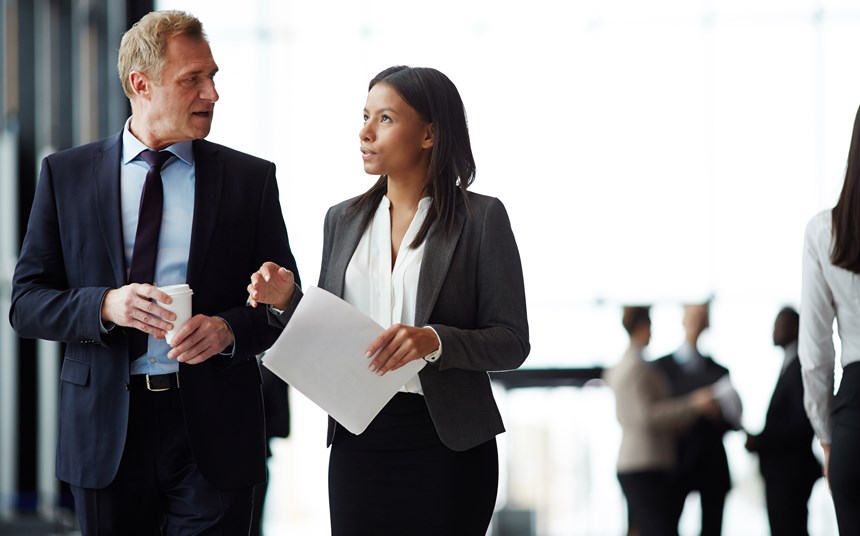 Ask and listen: Engage stakeholders early and set the tone for your leadership

During the first few weeks in your new position, you’ll want to hear from as many people as you can. The key to acing these meetings is to listen. Check your ego at the door and let your stakeholders do the talking.

In 2016, Beverley Deeth joined CauseForce, an innovative company that helps non-profit organizations host fundraising events. As the firm’s new general manager of Canadian operations, Deeth had no shortage of seemingly immediate tasks. While the business – best known for managing the Ride to Conquer Cancer fundraiser – was successful, things were far from perfect. “There were some immediate challenges that need to be addressed, and also some frustrated clients,” says Deeth, now the company’s chief operating officer.

Deciding what to do first wasn’t easy, but listening was key to figuring out how to scale and expand the organization. During her first six months, she met with almost all of her 70-person team and travelled across the country to meet with clients. She heard stories about what was working and what needed to be fixed, and she connected with as many stakeholders as possible. “I needed people to be honest with me and tell me face-to-face what had to be changed,” she says.

Resist the urge to talk about yourself

According to Eric Beaudan, partner and global head of Odgers Berndtson’s leadership practice, the two most important things every executive must do during their first few weeks at a new organization is ask questions and listen. Beaudan advises the executives he coaches to resist the urge to talk about themselves and all the things they want to do. “You were hired for your expertise and experience, but you don’t need to prove it to everybody on day one,” he says.

He adds: “You don’t need to sit with people for hours to have an effective conversation, and it’s okay to start with the basics.” For instance, you’ll want to ask how the company manages relationships with customers, how key functions like sales and finance work together, what the most profitable services or products are and, if you’re a CEO, what your board expects you to deliver by when.

“You’re the new person,” says Beaudan. “You need to come in and acknowledge what you don’t know – even if you think you already have a good sense of how the organization performs.”

You’ll also want to find out how people feel about the organization and the job they’re doing, adds John de Regt, executive coach and head of Odgers Berndtson's U.S. board practice in New York. He suggests asking questions like: What’s been your experience working here? What are your thoughts on how the organization is performing overall? How can we work together? he says. “I always tell my clients that “open-ended, but simple questions are often key to getting people to come clean on issues or concerns,” he says.

Once you’ve got stakeholders talking, you’ll want to listen carefully – not only because you need to know what’s happening in the company, but because you want to make sure people feel heard, says de Regt. A good listener asks follow-up questions, is relaxed in their body language and gives the person their full attention. It’s not always easy to listen, especially after hearing about the same issues repeatedly, but you don’t want to just nod and smile. “It’s a skill,” he says. “How do you make each person feel like they have your full attention and also feel as if what they’re telling you is the most fascinating thing you’ve heard all day?”

For Deeth, listening carefully and asking the right questions were critical. She realized early that the internal culture needed work, so she asked her team what they believed in. “We needed to create values for the organization, so I asked things like, What gets you up in the morning? What keeps you working late? What excites you about CauseForce? I heard some beautiful stories,” she says.

Find the influencers & the critics

Asking questions is one thing, but prioritizing conversations is another. Deeth, working in a small-to-medium sized business, wanted to meet with nearly everyone, including some clients. But many of the executives that we help onboard are in larger organizations and don’t feel that they have the luxury of time to meet with everybody. Many executives start by meeting direct reports, superiors, board members and, if you’re a CEO, possibly investors. But De Regt says that it’s important not limit yourself – all employees, whether there are 30 people or 30,000, should be considered stakeholders and you want to find the people who really understand what’s going on. And, the reality is, that isn’t always the people at the top.

Start with a list of the people you want to speak with, says de Regt. Dr. Michael Watkins, in his book First 90 Days, suggests creating an agenda that lists everything you want to accomplish at work on day one, including some get-to-know-the-company meetings. De Regt suggests going further than that by creating a detailed agenda for the first month. “You have to figure out how you’re going to tackle this,” he says about those many meetings. “Set clear objectives for each category of stakeholder and then start building your intelligence around who’s who and who wants what.” Ask stakeholders who they recommend you meet with as well, as they may help you uncover key information sources that you were unaware of.

Chris Darbyshire, vice-president of operations at Toronto-based Softchoice, an 1,800-person IT company, did things a little differently when he was hired in 2019. While he did meet with his boss, the company’s chief financial officer, for about 30 minutes daily when he first joined, he also waited a few days before holding court with everyone else. Instead, he started by reading, learning as much as he could about the company, and organizing six weeks worth of meetings during his first five days with key people in the organization. He first met with the CEO, his four-person team, the rest of the executive group, the sales team and more. “I wanted to understand what was going on inside people’s departments and what I needed to do to learn from them,” he explains.

Most meetings lasted an hour, but some of the more engaging ones took longer, he says. His main goal was to get to know the organization and the people in it. “I wanted to know how people would see me working with them and what their past relationship had been with operations,” he says. “Were there regular check-ins? How has operations supported you? What would you do if you were in my shoes?”

While meetings can be time consuming – especially when there’s a lot to absorb and internal terminology to learn, says Darbyshire – it’s important to focus on the people. “I tried to approach each meeting with both confidence and humility,” he says. “There was something to be learned from each person I met with since understanding the corporate culture was just as important as getting to know the business.” Take good notes, too, says de Regt, because at some point you’ll have to come up with a list of priorities based on your conversations. “You’re going to need to summarize and share what you’ve heard,” he says. “Here’s what people are telling me, here are the ideas they’ve triggered and let’s talk.”

There are typically three types of priorities that newcomers set. The first is around people. You’ll want to determine whether the team you’ve inherited is the right one to move forward with. “That’s the number one question executives have to answer these days,” says de Regt. The second relates to operational performance, like sales processes, IT systems or “anything that has to do with improving the bottom line of the organization,” he explains. The last bucket is about long-term strategy. While you likely won’t make any big changes within the first few weeks, any smaller tweaks to things like company culture or strategic direction would fall into this category.

While Deeth may have spent weeks talking to people, it didn’t take long for her to set her priorities. A big one was creating organizational values, which she accomplished by getting a few staff members from across the company to draft a values document. The company also hadn’t done any performance reviews and had no employee recognition programs, so she implemented both. “Those things were basics,” she notes. “That was the low-hanging fruit that we could get turned around right away.”

There were other priorities too: Growing earnings, creating better events and more. As busy as those first few weeks were, she hasn’t stopped talking, listening and setting priorities. CauseForce is now landing new business in the U.S., they’ve improved their corporate culture and they’re continuing to grow. “We’re heading in the right direction,” she says. “It’s a lot of work, but I believe in the organization and the important work that we do each and everyday.”

What this means for you

Here are some useful questions to ask yourself as you tackle your first few weeks of meetings with internal and external stakeholders: 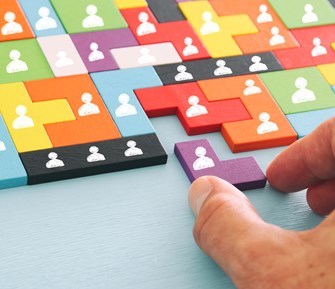 Following our Boards and Recession issue of Observe in August 2022, our global experts provide th...
Read
21274