Globally, millions of people identify as LGBTQ+, but ‘out’ C-suite executives are few and far between.

There are an estimated 455 million LGBTQ+ individuals globally, yet few C-suite leaders are openly ‘out’. And in some parts of the world, the chances of there being an LGBTQ+ CEO are as remote as ever.

In July 2018, McKinsey convened the inaugural meeting of The Alliance, in Lisbon, Portugal. The conference brought together more than 115 private, public, and social sector LGBTQ+ leaders from 19 countries.

On the agenda for discussion was inclusion and diversity, on a personal level and in their organisations, but also in the workplace and in society more broadly.

William Decherd, a partner in McKinsey’s Dallas office, said: “We all know that individuals from the LGBTQ community can face barriers – sometimes visible, sometimes invisible – in life and in work. Many organisations are already trying to promote inclusion and diversity. But it is surprising how many people, still today, are ‘out’ in their personal lives, but not at work.”

According to McKinsey, of the 455 million LGBTQ+ individuals globally, only 27% self-identify for reasons including social pressure and legal constraints.

Of course, the fact that there is a need for a special event to address the challenges faced by LGBTQ+ leaders demonstrates how far society still has to go before a person’s sexual orientation is seen as irrelevant to their ability to fulfil a leadership role.

In the same way that glass ceilings need to be smashed to put more women in the boardroom, there should be no ‘glass closets’ (as Kevin Sneader, McKinsey’s global managing partner, put it) keeping out members of the LGBTQ+ community.

“There can be no glass ceilings, no glass closets.”

Inevitably, the lion’s share of activism regarding LGBTQ+ and the C-suite comes from places such as North America, Western Europe and Australia. There, laws for same-sex marriage have been passed, tolerance levels are high and finding LGBTQ+ executives in the boardroom is a more regular occurrence.

This is echoed by the number of LGBTQ+ executives across a wide array of industries that appear on the Financial Times’ OUTstanding List. Every year, this celebrates “LGBT executives and allies who are not only successful in their careers but are also creating supportive workplaces for other LGBT people”.

Outside of these more progressive regions, the situation for LGBTQ+ people – let alone ‘out’ senior executives – is often frighteningly different.

LGBTQ+ travellers going to Russia for the recent football World Cup were advised to take extreme precautions as they would “not only face the risk of violence from vigilante groups but lack adequate protection from the state.” The chances of there being an ‘out’ LBGTQ+ business leader in Russia in the near future are remote.

But less progressive laws don’t mean an absence of activism. Last year, Human Rights Watch reported that several LGBTQ+ activists from the Middle East and North Africa “expressed frustration” at the one-dimensional international media coverage portraying the region as a black hole for LGBTQ+ rights. Such coverage fails to recognise the agency of LGBT+ activists from the region and renders them invisible.

“We don’t want the image any more of just being victims,” Zoheir Djazeiri, an activist from Algeria, told Human Rights Watch. “We want to speak about reality, speak about violence, but also to [show what is] positive.”

Even in countries like the US and Australia where there are a number of very high-profile LGBTQ+ senior executives, such as Apple’s Tim Cook and Alan Joyce of Qantas, there is an underlying fear of retrenchment. There’s an awareness of the frightening possibility that the clock may be turned back.

Despite the challenges, LGBTQ+ executives and allies continue to make the case that increased diversity and inclusion is a strength.

Andrew Porter, Diageo’s Recruitment Transformation Lead and the Europe Lead of its Rainbow Network, notes, “We know that for our business to thrive we depend on having diverse talent with a range of backgrounds, skills and capabilities and that our employees must reflect our broad consumer base – and that, of course, includes LGBTQ+ people.”

“We view diversity as one of the key enablers that helps our business grow. Our values, purpose and standards set the conditions for us to respect the unique contribution each person brings.”

In South Africa, Liesbeth Botha, a partner at PwC, is also doing her best to change attitudes. Botha has been on the FT’s OUTstanding List for her efforts to further LGBTQ+ initiatives. She is a co-founder of the PwC ‘Be Yourself’ network in South Africa. Thus arranges awareness and social events, and networks with similar outside organisations, to help create an inclusive workplace where staff can truly “be themselves”.

According to Botha, “Having a lesbian woman in the highest position changes the perspective on everything. I appreciate that I can be a role model for women, lesbians and anyone who’s different from the stereotypes people have in their heads.” Botha and her wife have been married for 10 years – ever since gay marriage became legal in South Africa – and have two children. In many other countries on the African continent, Botha’s story would be not just rare, but impossible.

A culture of inclusion

Jane Griffith, Odgers Berndtson’s National Diversity Leader in Canada adds, “There is much evidence that shows the negative mental and physical effects members of the LGBTQ+ community suffer when they are not able to ‘come out’.”

“Our goal, both in the workplace and throughout society at large, should be to create a culture of inclusion so that people feel comfortable and can excel. Then, the emphasis should be on assessing candidates based on their skills and abilities, rather than the ‘category’ they belong to.”

Offering advice to young LGBTQ+ people who have aspirations to become business leaders, Diageo’s Porter shared, “Be yourself! Never apologise for who you are and be proud of all the amazing things you can offer.”

He continued, “No one is ‘just’ the label people make you wear – we are all beautifully complicated, unique and different, and thankfully there is a growing realisation that embracing difference makes us all richer. We all have bias, but learning to understand that and being conscious of it means we become more connected to the people around us.” 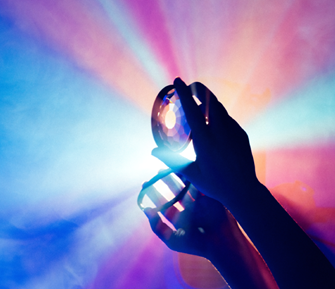 This is true at a corporate as well as a personal level. Some sectors have seen their order books...
Read
17433