CEOx1Day: getting a taste of the hot seat 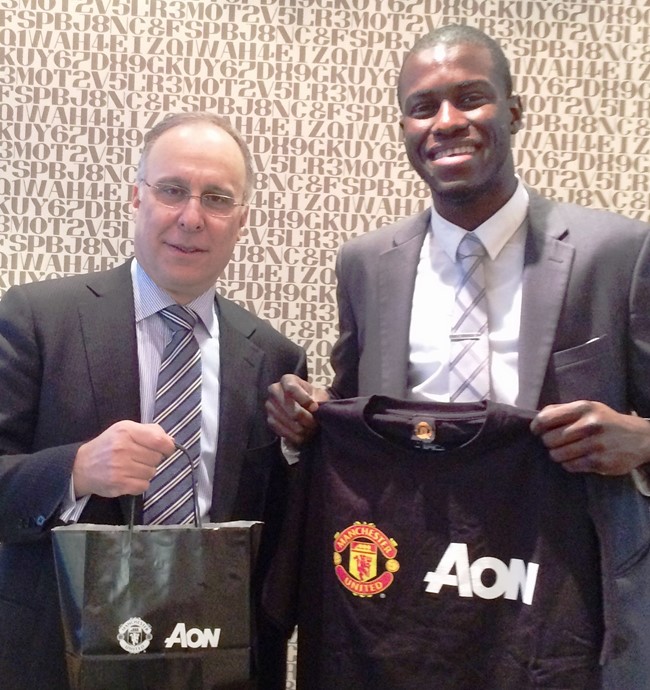 After seemingly endless hours of hitting the books at the library and stressing about their future, students often ask themselves if they are on the right track. After all, one of the struggles of being a university student is trying to get some firsthand experience related to their studies. It’s not just about padding resumes—it’s reassuring to know what to expect in the job field following graduation.

With this in mind, a Canadian executive search firm, Odgers Berndston, created a program called CEOx1day. This program is designed to match third- and fourth-year university students with some of Canada’s leading chief executive officers. This experience provides students with a rare opportunity to get an inside look at how complex organizations work and observe leadership in action at the top of the business ladder.

Mohamed Sidibe, a fourth-year commerce student and president of the Undergraduate Commerce Society, had the chance to shadow Allan Shapira, the managing director of Aon Hewitt Canada, a Toronto-based consulting firm.

On February 11, Sidibe woke up early in the morning to commute to Toronto. Upon his arrival at the Aon Hewitt office on King Street, Rosa Damonte (the corporate communications leader) warmly welcomed him. With a busy agenda set for the day ahead, Sidibe sat down and talked with the chief financial officer, Mo Ashore.

“We then met with his team, where we discussed about more technical stuff, which I really liked as I was able to relate some of my courses to the concept they were talking about,” says Sidibe.

Sidibe was expected to meet and shadow Shapira for the rest of the day. He recalls that he “was really excited and also a bit nervous at the idea of meeting such a great leader”.

Sidibe’s first impression of Shapira was a positive one as Shapira welcomed him “with a great smile and a strong handshake”. Any awkwardness or tension that may have been there immediately vanished when Shapira offered Sidibe a gift bag of AON and Manchester United–sponsored items.

“We then sat down and talked one-on-one, where I had the chance to tell him a bit more about myself, my different experiences, and my diverse background as well as learn more about his career and his path to CEO and his interests,” says Sidibe.

Soon after, Sidibe and Shapira headed to the People Manager’s briefing meeting, which was a preparation for the actual meeting happening later in the afternoon.

The People Manager’s meeting is a meeting that Damonte and Shapira put together in order to communicate to the entire AON team the goals that they have for the year and their future projects and to also update them on their current performance.

“In that meeting, we reviewed the slides for the meeting, and I was told the role that I will be playing during this important meeting as the CEO for the day,” explains Sidibe.

After this, Sidibe had the chance to connect more personally with Shapira, Ashore, and Damonte during lunch at the Ritz.

After lunch, the unlikely group took the subway to the Sheppard and Yonge Corporate Centre, where Sidibe got an inside look into how a business is run.

“I had the chance to learn more about the outsourcing part of the business and visit the call centre, as well as meet the managers and employees there,” says Sidibe.

The People Manager’s meeting comprised more than 200 managers (with 75 in the room and more than 150 via conference call). Sidibe was sitting next to Shapira, Ashore, and the chief of HR.

“My role during the meeting was to introduce myself and explain why I was present there. I also had the chance to introduce the next speakers and the topic they would talk about,” Sidibe says.

He continues that he “was really impressed by the magnitude of the meeting and was lucky to see firsthand how a leader delivers his message and communicates to his team his goals for the company”.

As the meeting ended, so did Sidibe’s day as a CEO.

Overall, Sidibe learned, “Leadership is about communicating the right message to the team you are working with in order to achieve the targeted goals,” and, “Leadership is also a lot about compromising and listening—as [Shapira] told me, we have ‘two ears and one mouth’, so we need to use them proportionally.”

Sidibe believes that the CEOx1day program offered him an opportunity that a university classroom cannot imitate: an experience in the field and interacting with some of the most influential leaders of Canadian companies.

“The experience was really more than I expected. I knew I was going to learn a great deal about effective leadership, but not to the extent that I did,” he says. By spending the day with [Shapira], I had the chance to learn about effective leadership, the consulting field, [and] the different skills it requires to be a great leader, and I ultimately was able to build great connections for my professional network.”