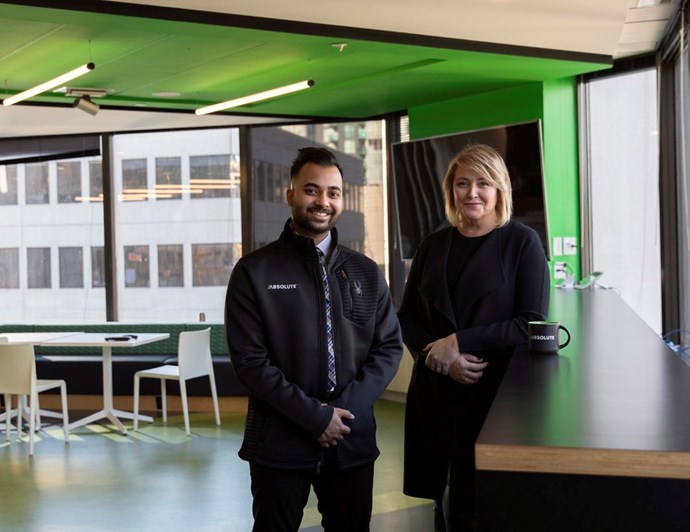 Fahad Faruque didn’t know what to expect when he arrived at Absolute Software Corp. in Vancouver to shadow its CEO for a day. But at that morning’s briefing, he was told that in about 30 minutes, CEO Christy Wyatt would be introducing him at the company’s all-hands meeting – a gathering of over 200 people in the room plus hundreds more watching via video conference. The unexpected invitation to talk about himself and the program in front of the entire team didn’t faze the 24-year-old one bit.

Mr. Faruque, an undergraduate student at Simon Fraser University’s Beedie School of Business, aced it. Wearing a huge smile and one of the company’s senior leadership jackets, Mr. Faruque took to the stage as if he belonged there.

“Getting to live that experience as a student was very surreal,” he says.

Mr. Faruque was there as part of the CEOx1Day program, a global initiative founded by executive search firm Odgers Berndtson. It aims to give students the opportunity to learn business and leadership skills from top executives. After a rigorous selection process, about 20 finalists join participating CEOs for a day of mentorship and learning in cities across Canada.

Mr. Faruque, who was born and raised in Bangladesh, moved to Canada when he was 19. Passionate about technology and entrepreneurship from an early age, he jumped at the opportunity to apply for the program because he aspires to be a CEO some day, running his own venture. He said their day together involved meeting with different stakeholders, such as a team council that makes product decisions and executive staff for a weekly operations review.

“I really love what Christy’s day to day life looks like,” he says. “While it's pretty challenging, that’s the kind of challenge I want in my future. I can definitely see myself in that position. This experience helped me believe that this is possible.”

Mr. Faruque says that what impressed him most was getting to see firsthand how Ms. Wyatt communicated with all the different stakeholders, and how she led them all towards the same goal and same vision. 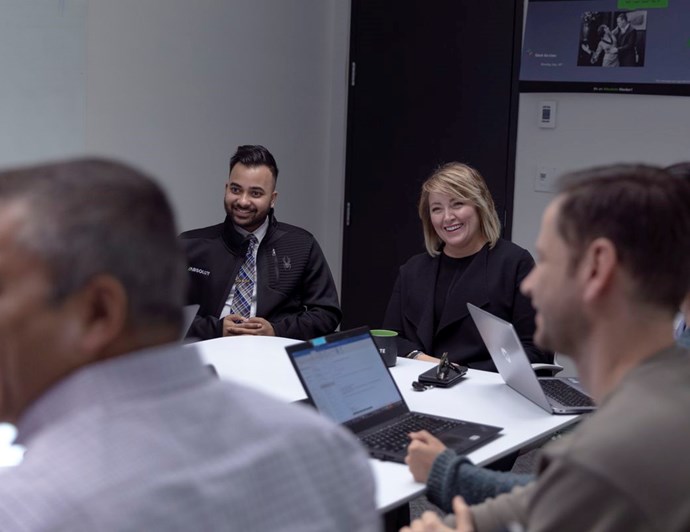 “When we study successful businesses, we don't get to see what the considerations were before making big decisions,” Mr. Faruque says. “Watching how Ms. Wyatt presented the different alternatives and hearing the questions she asked proved very insightful. She had all these complex decisions to make, but she made it simple by asking these small questions.”

Mr. Faruque’s enthusiasm aligns with what multiple surveys have shown – that mentorship is paramount for those who belong to Generation Z, those who were born between 1993 and 2011. According to a U.S. survey by staffing firm Randstad, 69 per cent of Gen Z workers said they wanted managers to mentor and give feedback regularly. The need to nurture leadership ambitions can also be seen a little further down the road among millennials, the generation before Gen Z. A 2016 survey conducted globally by accounting firm Deloitte found that 71 per cent of those who were likely to leave in the next two years were unhappy with how their leadership skills were being developed. Instead, the most loyal employees felt that younger employees were “actively encouraged to aim for leadership roles.”

Ms. Wyatt says she didn’t want the day to be superficial so she just took Mr. Faruque on her normal day. She made sure to include several intervals to sit down to talk and ask if there was anything he didn't understand. Some of their conversations focused on whether leadership is something learned or taught, what the company looks for when hiring and what would be the attributes of a strong leader coming into the organization. Ms. Wyatt also wanted to help Mr. Faruque figure out a strategic path to where he ultimately wanted to get to. 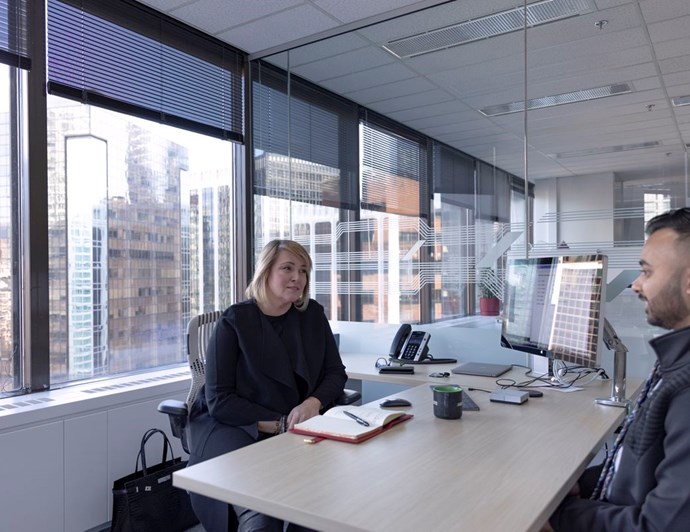 “He wants to start a business, so we spent quite a bit of time talking about the startup landscape and working with VCs, because I’ve spent most of my career in Silicon Valley,” she says. “My advice was to learn what you can inside other companies and then you can take that with you when you’re going to start one of your own later.”

She says most of her own career decisions have been based on three key questions.

“First, was I excited about the opportunity?” she says. “You need a real passion because none of this is easy, so you have to be fired by something bigger than your paycheque. Then, what was I there to learn and is there someone there you can learn from? Regardless of where he starts his journey, you have to be somewhat patient going in.”

“It’s an amazing opportunity to be able to take a step inside an organization and see how things actually work from the other side,” she adds. “You get a snapshot of the context from the top down. It demystifies the entire thing.”