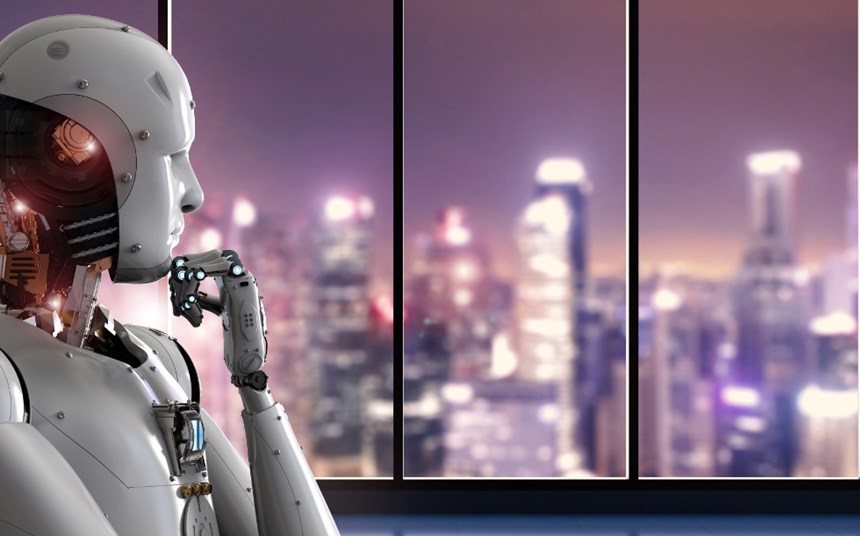 Non-human resources in 2030: What the rise of robotic staff means for HR

Human resources is set to change by 2030. Odgers Berndtson’s Sub-Saharan Africa Principal Théo Gaultier, explains how robots are impacting HR now, and how they will do so in the future.

On my way to work yesterday, the morning radio station I listen to featured a person booking a hair appointment. I was puzzled. It hardly sounds like good radio content. But I soon realised the ‘person’ booking the appointment was actually not a person at all. The booking was made via a voice instruction on Google Assistant and sounded as human as any person I’d ever heard. It’s just another example of the rapid advancement of AI in every aspect of our lives. If robots are now taking care of our hair cut appointment, how will artificial intelligence change the HR function which is specifically designed to take care of our needs at work?

We’ve analysed the views of local HR professionals and global thinkers to collate the main ways robots are impacting HR now, and how they will do so in the future.

Robots may be hiring

One experiment from the National Bureau of Economic Research showed that employees hired through an algorithm tended to stay 8% longer in a job than those hired by a human manager who refused to follow the data presented. Reporting on the experiment, Bloomberg.com said, “People want to believe they have good instincts, but when it comes to hiring, they can't best a computer. Hiring managers select worse job candidates than the ones recommended by an algorithm.”

Paul Vermij, Bosch’s Vice President of Human Resources Africa, notes that there is a reluctance to accept that robots can hire as effectively as humans. He believes managers need to be open to using assessments and bespoke algorithms to assist in the hiring process.

That’s not to say that the final decision will always be made by robots – currently, it is unlikely they will be able to pick up on subtle nuances like whether a person is a good cultural fit. However, artificial intelligence which can be less biased and quickly analyse data to draw straight forward conclusions can radically improve the hiring processes.

And robots may be firing

Lexology reports that warehouse workers at Amazon are already being fired by robots. “Amazon has been in the news recently for its practice of tracking warehouse workers’ box packing speed and firing them if they do not ‘make rate’. According to internal Amazon documents, related to a termination at a Baltimore Maryland warehouse location, Amazon’s automated tracking system generates a series of warnings. After six warnings in 12 months, a termination is automatically generated if workers fail to meet efficiency standards.”

Essentially, the workers are fired by a robot if they don’t keep up to speed. The ethical and legal debate over this arguably inhumane way of managing humans is likely to be a crucial factor to determine the successful adoption of such technology. It would certainly receive opposition in countries with tight labour laws such as South Africa; but in the United States, where firing is relatively easy, some robots are already calling the shots. It needs close monitoring so basic human rights are protected and that we continue to take our humanity into account even in the pursuit of productivity.

There are already artificial intelligence tools designed for deep conflict resolutions. According to Zandy Fell, writing on HR Daily, “In the near future, an application in the workplace will enable these robots to understand individual differences, identify stress indicators and then work through multiple options available based on an algorithm from analysis of countless conflict scenarios.”

HR’s role and our tools will vastly change

Many of the more mundane tasks associated with the HR role currently, for example working through hundreds of job applications or CVs, capturing employee details or issuing payroll information, will increasingly become automated. This means that the HR role is likely to shift increasingly towards strategic delivery.

Vermij says robots are already being used to answer accounting and payslip questions at Shared Services Centres at Bosch’s headquarters in Germany. This has been proven to be highly effective for the European operation. Bosch is considering new systems that will allow payroll, on-boarding and operational training to be successfully handled by robots in the near future. Adoption of such systems however into companies in Africa would require far more flexibility so it is unlikely we will see this happen immediately.

Robyn Williams, head of learning at the King James Group, believes robots could definitely help by doing the ground research and providing insights that humans may use to focus on the value-adding and impactful work of innovation, creativity and more complex problems. She says this may change as the development of AI and robotics continues. There is an advantage for humans to be involved in more meaningful work, according to Williams, while robots provide large amounts of data quickly, which could include insights that furnish organisations with the information needed to adapt in this ever-changing world.

Robots may get their own employee number – but should they be taxed?

There is an argument that robots fulfilling employee roles should be taxed. The government will need revenues if nearly half of today’s workforce could be automated by 2030. The shift would amount to a huge tax shortfall and, with rising unemployment as a result, more money will be needed for Unemployment Insurance Fund (UIF) payments. According to ‘The New York Times’ Economist Reporter, Eduardo Porter, “to afford any kind of government services in the robot era, governments will have to find something else to tax. Why not the robots themselves?” This, of course, would require individual robots to engage in the system of monetary trade into which we as humans have for a long time been locked. However, taxation whether placed on the corporations owning or supplying AI labour, or by other means, will certainly be a consideration when using robots to fulfil resource needs.

It may feel far-fetched that robots might be taxed or even enjoy employee benefits as humans do. But it was only a few years ago that such considerations were a thing of science fiction. But as the growth of the robotic workforce plays out, one thing is certain: humans remain integral to HR.

As climate change becomes a main focal point for many businesses, can business leaders afford to...
Read
19221