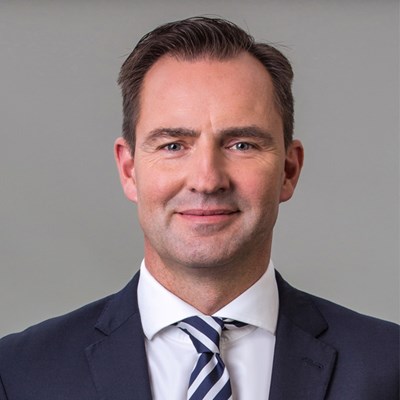 He began his career in 1991 at Daimler AG Commercial Vehicles in Mannheim, Germany complementing his studies.

Between 1994-1998, Mr. Schaefer held various positions in Quality Management and Production in Rastatt plant, during the first generation A-Class start-up.

In 1998 to 2002, he was assigned to DaimlerChrysler in South Africa, East London plant. During the first 2 years he was in charge of Production Quality Management as the plant was prepared for global export. He then changed over to Vehicle Assembly as a Production Manager.

Following this, he was then assigned to Malaysia in October 2002 as a founding member of DaimlerChrysler Malaysia and held the position of Vice-President of Production Plants, responsible for all technical operations within Malaysia. He set up a new factory in Pekan, Pahang and consolidated all Mercedes-Benz Passenger cars, Commercial vehicles and Mitsubishi Fuso operations into one facility.

From 2005 to April 2012 he was responsible for all overseas Production Operations based at Daimler Headquarter in Germany. This included responsibility for all CKD operations as well as Production strategy and international Logistics. The setup of the Mercedes-Benz Passenger car operation in Beijing China was one of his main activities in 2011. He was also responsible for the vehicle delivery and customer centres, at both Sindelfingen and Rastatt plants.

In May 2012 he moved on to Volkswagen AG Top Management, responsible for Group Manufacturing Overseas. Key activities were setting up xKD operations as well as negotiations for new production locations.

Since 2015 he is the Chairman and Managing Director of Volkswagen Group South Africa and also responsible for the Sub-Saharan Africa Region. He serves as President of African Association of Automotive Manufacturers (AAAM).