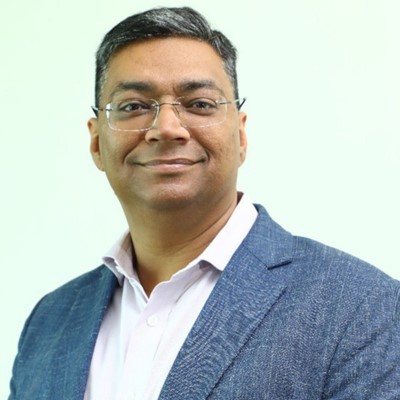 Swadheen Sharma is the Managing Director, Southern, Central and Eastern Africa. Swadheen started his career at Procter & Gamble in 1994. In his 17 years there, he did assignments across Modern Trade, Distributor Operations, Route to Market, Demand Planning and CP&A in markets as diverse as India, South East Asia and Australia/New Zealand.

He joined Mondelez in 2011 as Sales Director Malaysia. In this role, he helped to determine a new strategic direction leading to a significant restructuring of Route to Market and the Sales organization to strengthen the Malaysia P&L. In January 2014, he was appointed as Associate Director, Right Store Asia Pacific where he played a key role in creating and implementing the new Route to Market in China. Swadheen worked in India as Interim Sales Director from February to May 2016 and has been working as MD, Malaysia since May 2016.

In this role, Swadheen got the Malaysia business and his team on an accelerated growth agenda whilst driving execution excellence. Under his leadership, Malaysia has become the dependable growth engine delivering ahead of 2020 vision in terms of top line and bottom line with strong leadership development of local talent and a clear line of sight for their career planning. In addition to his Malaysian role, Swadheen played a wider role in SEA championing the sales capability agenda and the establishment of Net Revenue Management process and its implementation.