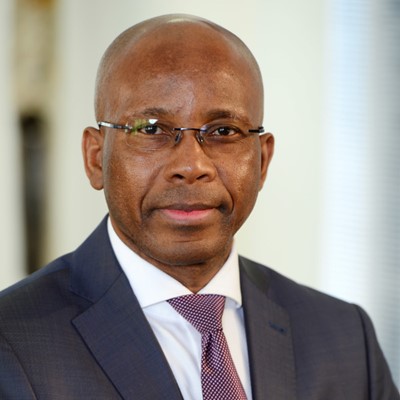 Mteto Nyati is currently Chief Executive at Altron, he joined the company in April 2017.

Mteto holds a BSc in Mechanical Engineering from the University of Kwa-Zulu Natal. In 2004, he was named one of the Yale University's World Fellows on Global Leadership.

Since joining Altron, Mteto’s priority has been to reposition the Altron Group of companies for growth by driving the One Altron Strategy. The strategy which has begun to bear fruit for the company is anchored in four pillars i.e. revenue growth; improve profitability; transform the customer experience; and employee excellence.

Mteto and his leadership team have rallied the 8500-strong employee base around the One Altron Strategy, defining and introducing one purpose, one vision, one set of values and one goal. Key to the turnaround of Altron are two specific values amongst the set i.e. collaboration across teams and being passionate about customers, employees and partners. The company promotes a new sales culture of cross-selling and working together across the different business units to deliver end-to-end holistic solutions to customers.

In the past financial year, Altron has won key business deals in the public sector with SA Post Office, Limpopo and Gauteng provincial governments. The company has also acquired a business in the UK through its software services subsidiary and a partner of Microsoft. The company entered into a strategic partnership with Ireland-based Tango Telecoms and won business with Verifone.

Under Mteto’s leadership, Altron has strengthened its governance structures by appointing independent directors with ICT experience. The company has delivered on its strategic commitments to dispose of non-ICT assets and reduce costs and operating expenses.

A former Chief Executive Officer of MTN SA, Mteto has held senior leadership and executive roles in multinational IT companies such as IBM and Microsoft.

For Mteto, joining Altron, was an opportunity to make a meaningful impact on society through the company’s technology solutions and address challenges facing communities in South Africa and the continent.

He is the joint-winner of South Africa’s 2013 IT Personality of the Year.