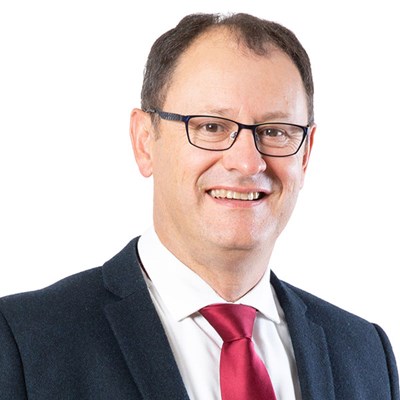 Andries van Heerden has been serving as the chief executive officer of Afrimat Ltd since November 2006. He is also a member of the company's board of directors.

Prior to serving in this role, he was the Chief Executive Officer of Lancaster Group (Pty) Ltd (2005), the Managing Director of Prima Quarries (Pty) Ltd. (2003-2005) and served in various other operational management roles, mostly in the mining and quarrying industries.

Andries is well known for his visionary leadership and was instrumental in 2006 in the formation and listing of Afrimat on the JSE from the merger of Prima and Lancaster.

Being a results-driven, performance-oriented people person, Andries is constantly investing time and energy in refining the business' strategy. He is passionate about people and leadership development and further enhanced his knowledge on these subjects when he attended the 4-week "Advanced Management" programme in July 2017 at INSEAD, The business school of the World in Fontainebleau, France.

With his extensive experience in strategic positioning, engineering, marketing and finance Andries was humbled in November 2017 when he was named the winner of the masters' category of the Ernst & Young World Entrepreneur of the year award for the Southern African region.