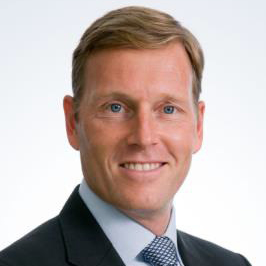 Wouter Van Wersch, 49, is President & CEO of GE Asia Pacific (APAC), and a Vice President of the GE Company.

Based in GE’s regional head office in Singapore, he is responsible for driving the company’s growth in APAC with a focus on enhancing GE’s cross-business capabilities, building localization strategies, and optimizing resources across GE’s 15 APAC markets.

His 25-year career to date, has involved marketing, sales, and management roles for various multinational companies, in different regions, including 14 years working in Asia.

He began his career at Vivendi Universal’s international marketing department in Paris in 1994, before moving to Airbus as Sales Manager Asia. In 2000, he joined Alcatel as Business Development Director Europe before being appointed Sales Director for Asia Pacific, in Shanghai, and General Manager Indonesia, in Jakarta.

Following the completion of the Alstom acquisition in 2015, Wouter was named President & CEO of GE ASEAN. In January 2018, he was appointed President and CEO of the newly combined APAC region comprising ASEAN, Australia, New Zealand, Papua New Guinea, Japan and Korea.

In addition, Wouter was appointed as a Board Member of the Singapore Economic Development Board with effect from 1 February 2018.

A native of the Netherlands, Wouter grew up in France, and is a graduate in Business Administration from the Erasmus University Rotterdam. Wouter and his wife Lorraine have three children aged 16, 15 and 9. He is an enthusiastic sportsman, especially field hockey, which he played at the highest international level.

What advice would you give to young people entering the workforce today?

The young people entering the workforce must realize that the speed of change in the world will never be as slow as it is today. People need to be flexible, agile and ready to embrace change. Success will be defined by how well you can work in teams and leverage the ecosystem that is out there to achieve your goals. Continuous learning, curiosity and looking outside the box are key for young people to grow and be relevant throughout their careers.