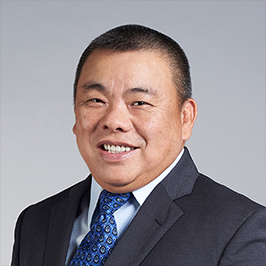 Tower Transit was established in the UK in 2013 and operates some of central London busiest bus routes. In 2015, it was awarded the Singapore government’s first competitively-tendered bus operations contract and now operates a fleet of 367 buses and 29 services on behalf of the Land Transport Authority.

Winston took the reins at Tower Transit Singapore in February 2019 and is leading it into a new phase as it eyes further growth in Singapore and the region. He brings to the business a wealth of experience in corporate leadership having served as Executive Vice President and Chief Marketing Officer at ST Engineering (Land Systems), Deputy CEO at the then Singapore Workforce Development Agency and General Manager at ST Electronics (e-Services).

Prior to his corporate career, Winston spent 27 years in the Singapore Armed Forces where he rose to the rank of Brigadier General and was Chief Infantry Officer. He has a Master of Science in Strategic Studies and a Master of Arts in Diplomacy.

Most mornings, Winston visits Tower Transit’s bus interchanges to chat with bus captains and interchange supervisors before going to his office at Bulim Depot. This people-first approach characterises his leadership style.