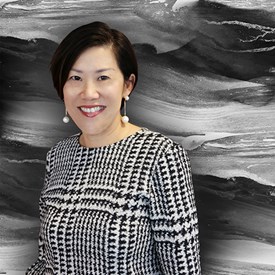 Yen Yen Tan is the President, Asia Pacific, at Vodafone Business. In her role, Yen Yen drives the strategy and operational execution to best serve Vodafone’s customers across Asia Pacific.

An award-winning corporate leader, Yen Yen has earned a reputation for her contributions to the industry. These include awards such as ‘Most inspiring Women’ by Women’s Weekly 2009 Great Women of our Time Awards; and Top 10 women in The Peak’s 2015 Power List.

Yen Yen has a degree in Computer Science from National University of Singapore and an Executive MBA degree with Helsinki School of Economics Executive Education.

"Be curious as you enter the workforce. Curiosity opens up new worlds and possibilities. Everyday is fresh learning and challenging experience. Only when you admit that there are things that you don’t know, and are willing to learn, can you evolve and reinvent yourself and broaden your thinking."