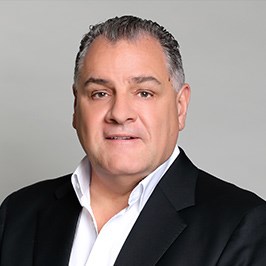 Paul Hutton is Vice President, Operations, South East Asia at Hilton. In his role, he oversees a diverse portfolio of 43 hotels operating across nine markets, with 54 hotels in the pipeline which will open over the next three to five years.

As part of Hilton’s Asia Pacific Executive Committee, Paul leads Hilton’s ambitious plans to expand its presence in South East Asia, with a focus on launching new brands and entering new territories in the region. During his tenure overseeing South East Asia, Hilton launched its luxury Waldorf Astoria brand with its first hotel in Thailand and brought the focused service Hilton Garden Inn brand into Malaysia. He will continue to lead the charge as the company enters three new markets in the coming years, including Timor Leste with the flagship Hilton brand when Hilton Dili Palm Springs opens in 2020, as well as Laos and Cambodia.

Prior to his current role, Paul was based in Sydney as Vice President, Operations, Australasia, where he was responsible for the performance of the group’s hotels in Australia, New Zealand and the South Pacific which comprised 25 operating hotels & resorts and 10 properties in the pipeline.

Paul is a seasoned industry veteran and has a long and illustrious history with Hilton. His 35-year career with the company started in Switzerland before he moved to Melbourne in 1987. Just five years later, he was promoted to Assistant Food & Beverage Manager at Hilton Sydney before he relocated to the Middle East as Food & Beverage Director with Hilton Abu Dhabi. He then went on to hold leadership roles in Hilton hotels across Dubai and Egypt before he took on the General Manager position at a number of Hilton properties including Athenee Palace Hilton Bucharest, Hilton Kuwait, Hilton Kuala Lumpur and Hilton Sydney in 2008.

In 2011 Paul moved to China as Regional General Manager – South China, based in Shen Zhen, before he was promoted into the role of Vice President, Operations, Australasia in 2015.

Born in Switzerland, Paul holds a Dip. Hotel Administration & Management from The GLION Institute & Hotel School, Switzerland. He is married with three daughters, is an active runner and hiker and enjoys quality family time as well as planning for the next holiday.