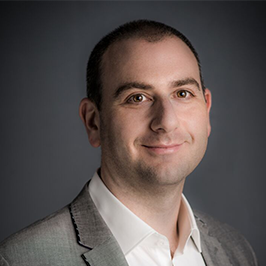 David has over 17 years of experience within the media industry, commencing his career in 2002, and progressing through various functions of a media agency including; trading, planning, client service, strategy and management roles across Australia and Singapore.

David has many career highlights including:

David is a highly effective agency leader and most recently has been noted with growing the Singapore business in sheer size of people, clients and capability. He is responsible for the overall quality control across all areas of IPG Mediabrands’ product and service delivery.

David is a firm believer that people are the true product of any agency and that as a leader, it is a critical priority to attract, develop and retain talent to ensure that long term careers are a reality for the future of the advertising and media industry. It is also David’s belief that media is a truly dynamic sector that is constantly evolving and adapting to changing consumer needs. He sees the future of the industry continuing to evolve with consumer adoption of new technology, and that agencies have never been in a better position to partner with marketing teams to develop a truly collaborative, effective and consultative relationship that is focused on delivering engaging work and strong business results.