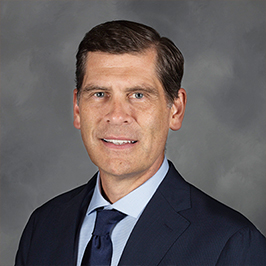 Prior to Baxter, Mr. Frye led the Healthcare Operations for DKSH, a Swiss service provider established as  one of the largest distribution platforms in Asia and the largest commercialization partner for pharma and device companies outside of China and Japan. He also worked a large part of his career at Abbott Laboratories, building a successful track record over 20 years primarily within the pharmaceutical sector. His track record includes a focus on market access and biologics with leadership roles in global marketing and country management in the US, Canada, Japan and Southeast Asia.

He currently serves as Board Chairman of APACMed, an industry group representing med tech companies and stakeholders across the Asia Pacific region.

Andrew Frye holds a Bachelors of Science Degree in Psychobiology from the University of Southern California and a Masters Degree in Business from the UCLA Anderson School.

Mr Frye currently resides in Singapore with his wife and children.