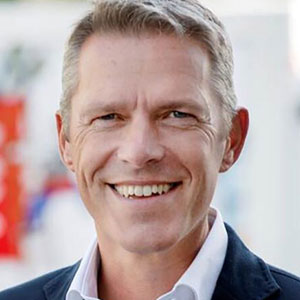 Michiel Muller is the Chief Executive Officer and co-founder of Picnic. A serial entrepreneur, he is among other ventures a member of the supervisory board at FD Mediagroep, chairman at Erasmus Trustfonds and member of the advisory board at LaDress.com. Michiel Muller has published several books on entrepreneurship and has a Master's degree in Business Economics from the Erasmus School of Economics.

Picnic is an online supermarket that delivers all your groceries for free. In the Picnic app one finds exactly the same groceries as in the supermarket, but for the lowest price. Picnic was founded in 2015 by entrepreneurs Joris Beckers, Frederik Nieuwenhuys, Michiel Muller and Bas Verheijen. Later Gerard Scheij also came on board. In September 2015 Picnic started in Amersfoort with four delivery vehicles. There are now around 800 vehicles in more than 70 Dutch towns and cities. With hundreds of thousands of customers and a monthly expansion to new cities, Picnic was named the fastest-growing company in the Netherlands in 2019.