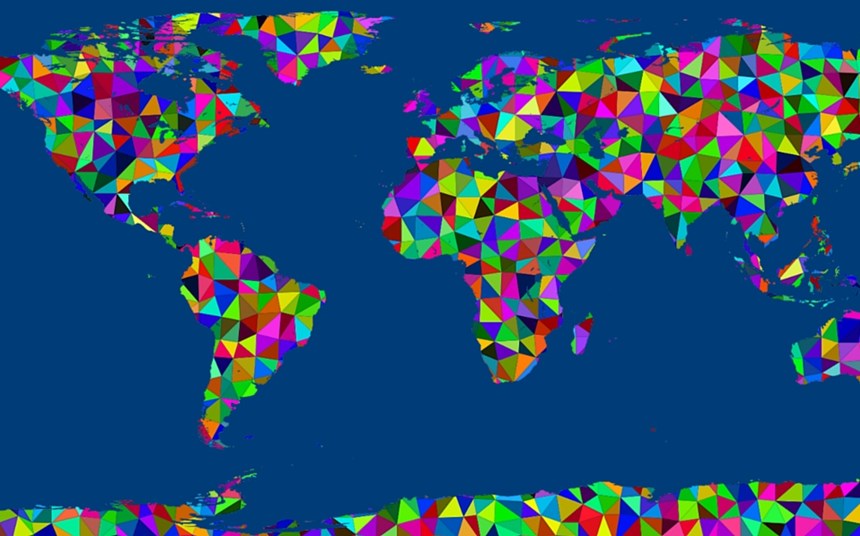 David Craik talks to Richard Lewis, author of the bestselling book When Cultures Collide, about the importance of mastering local business culture

When a British manufacturer wanted to tap into new global markets it gathered its top performing managers together to discuss the best way forward. The manufacturer told the 10 executives that they would be sent to different parts of the world to make contacts and begin developing new lucrative markets.

The biggest prize was China and it was no surprise when the company’s leading manager, based in the US, said he wanted to build its business there. It seemed to be the best solution but to double-check, the firm asked the US-based manager to take a cultural profile test organised by UK-based cross-cultural trainer Richard Lewis Communications.

“This manager was young and energetic and had got great results in the States,” says chairman Richard Lewis. “We did a cultural profile of about 150 questions and for everyone he answered it in the opposite way to a Chinese person. He said you had to think and act quickly when making decisions and that individual rather than collective decision making was best. We concluded it would be suicidal to send him to China.”

Making mistakes over cultural differences can severely damage a company’s growth ambitions argues Lewis, author of the best-selling book When Cultures Collide, first published in 2005 and now available in its third edition.

“Look at Walmart. A huge company but they were hopeless in South Korea. They took no heed of the cultural differences. It was: ‘we are going in and we will impose the American way with all the  backslapping and have a nice day’. Koreans hate that,” says Lewis.

“In contrast the Finnish lift business Kone has gone from obscurity to one of the biggest in its sector because when they buy bigger firms abroad they use the cultural strengths of the new country and integrate them with Finnish characteristics.”

Lewis goes further in assessing the characteristics of individual nations such as values, listening habits, manners, taboos and how other nationalities can best empathise with them. For example Brits like to use humour in business sessions. Hungarians “avoid saying ‘no’ but often fail to answer questions directly”.
Iranians like to respect seriousness in speech and appreciate visitors to “praise their hospitality before getting down to business”. In Iran never shake a woman’s hand and in the Philippines never tuck the barong tagalog – the nation’s ubiquitous loose, frilly white shirt, into your trousers!

Lewis, whose organisation holds around 150 cross-cultural seminars a year with businesses, universities and governments, says learning these cultural differences is vital as business globalises and emerging markets such as Asia and Latin America grow in strength. It will help ensure that a company’s policies and activities can best exploit cultural synergies and make the right appeal to their chosen market. Businesses will gain a competitive advantage and ultimately boost profits.

“The successful managers will be the culturally sensitive ones. Do this or you will get left behind,” he says.
“Globalisation means everyone is opening up. It’s not just West to East, we are also doing seminars for Chinese companies wanting to work with and understand Europeans.” We’ve already seen that understanding other cultures can help in ensuring that the most suitable employees are relocated to new global markets. It can also help ensure that deal negotiations are successful.

Lewis gives the example of a Chinese firm visiting the UK. “A meeting is called for 9am but the Chinese firm’s Chief Executive has not turned up. Do you start anyway with the rest of their management team, wait for 10 minutes or don’t start until the CEO arrives? The answer is to wait because a Chinese Chief Executive has to be present at all times and be aware of every detail. If not then he won’t do business with you,” he states.

He also recalls the tale of a Swedish businessman, Sven, in Portugal who has organised a tennis match/business meeting with a Portuguese acquaintance named Antonio. At 10am, the allotted time for the match, Sven is ready in his tennis outfit. Antonio arrives half an hour late talking to a friend who he was meeting at 9am to discuss buying land.

“Antonio was still in discussion with his friend whilst hitting practice balls with Sven,” says Lewis.
“Sven was unhappy - he had written tennis at 10am in his diary and then lunch with Antonio at 12.15. He has a linear mind. Antonio, multi-active, thought it made sense to bring his extended first meeting to his second rather than reorganising. Also the lunch date was only 12.15 because it was written down in Sven’s diary, it could easily be re-booked!”

There are also conflicting attitudes to basic business contracts. “To a Brit a contract is a formal document that has been signed and should be adhered to. A Japanese businessperson regards it as a starting document to be rewritten and modified as circumstances require,” Lewis explains. “A South American sees it as an ideal that is unlikely to be achieved but is signed to avoid argument.”

Lewis stresses that by learning the cultural differences understanding will replace irritation. “There has to be cultural adaptation on both sides. If in Brazil add some of their cheerfulness to meetings but don’t start coming to meetings one hour late!” Lewis states.

“Linear-active people tend to end up as accountants. Teachers and sales staff are more multi-active, whilst doctors need to be reactive in order to listen to their clients’ plights,” argues Lewis. “Cultural profiles reveal many poor fits in people’s chosen careers. Accountants testing strongly as multi-active are often unhappy. All headhunters should work with cultural advisors. It’s about putting the right people in the right place.”

International teams can also be built to work on specific business projects utilising cultural differences and strengths. “Don’t put the Swiss on vision – use the French and Latins for that. In order to complete the project on time get a German and not a Mexican to organise it!” Lewis says.

“Speed, efficiency, time. What are the different nationalities good at?” Is there a danger here of generalising? Are we not taught to ‘take people as we find them’ and not pre-judge character or values? “Yes, take people as you find them. There are noisy and quiet Germans but punctuality is inside their national character,” Lewis argues.

“Stereotyping is dangerous but generalising is a fair guide at the national level. A particular Dane may resemble a certain Portuguese but a Danish football team is easily distinguishable from its Portuguese equivalent. Generalising stands firm with large numbers.

Indeed if you can’t generalise about culture then there are no cultures!”

What Bob Bailkoski, Chief Executive of Logicalis Group, has learned that will make a positive dif...
Read
6459