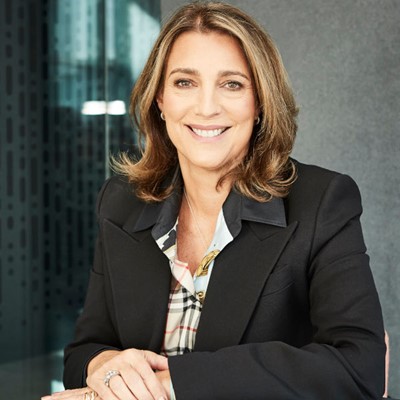 Carolyn became ITV's Chief Executive in 2018, where she outlined a new vision - ‘More than TV’ - designed to transform the company in light of the rapid changes in the media landscape. It’s a digitally led growth strategy, building upon ITV’s unique and winning combination of creativity and commercial strength, focusing on three critical priorities: growing UK and global production; expanding direct to consumer and transforming the broadcast business.

Prior to joining ITV, Carolyn was CEO of leading European short haul airline easyJet for nearly 8 years where she transformed the airline’s financial performance, changed the public’s expectations for value and service and led an initiative to train more female pilots. The easyjet share price quadrupled in that time. Carolyn has also held various commercial and management roles at Guardian Media Group, including CEO of the Guardian and Observer, becoming Group CEO in 2006.

In 2008, Carolyn was awarded an OBE for services to women in business. In 2016, she was decorated with France's highest award, the Légion d'honneur in recognition of her contribution to the economies of France and the UK and for her support of women, particularly female pilots. In the New Year’s Honours List of 2016 Carolyn was awarded a Damehood for services to the aviation industry. She has been named the most admired leader by Management Today three times, the only person to have won the award for two separate companies