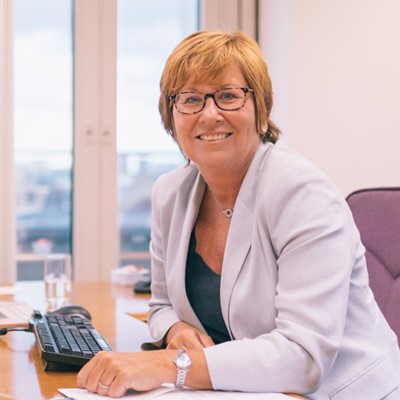 Bernadette Kelly became Permanent Secretary – the most senior Civil Servant - at the Department for Transport in April 2017.

In this role, Bernadette oversees thousands of staff based from Newcastle to Swansea, spanning issues from major infrastructure upgrades on our rail lines and roads to aviation and maritime security. Every minute of everyday people are on the move, and transport policies affect everyone regardless of where they live.

Bernadette joined the Civil Service after graduating from university and has spent most of her career working on public policy in relation to business and the economy. In addition to Transport, she has worked in the departments for Business, Energy and Industrial Strategy; Communities and Local Government; HM Treasury; the Cabinet Office and the Prime Minister’s Policy Unit.

She was made a Companion of the Order of the Bath (CB) in 2010 and has led work in the Department on workplace gender equality. For this, the Department was included in The Times Top 50 Employers for Women 2017. Bernadette is also the Civil Service’s Champion for social mobility.