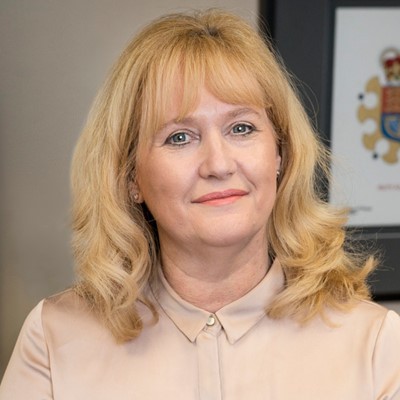 Anne joined The Royal Mint in 2008 as HR Director. Anne has worked in HR across a number of sectors, gaining manufacturing experience early in her career at Rolls Royce and Procter and Gamble. She went on to gain consumer experience at Radio Rentals and RAC. She was HR Director of an industrial services company and Remploy, before joining The Royal Mint in 2008 as HR Director. Particular areas of focus during her career have involved working with companies who are developing their culture and undergoing significant change.

Anne has carried out a number of roles at The Royal Mint. Starting as the HR Director, she then went on to lead the core Business services in the organisation for a number of years before becoming Director of Consumer for The Royal Mint in 2015. Anne was proud to be part of the team that launched the organisation’s new visitor attraction, The Royal Mint Experience, in May 2016 which received over 100,000 visitors in its first year. On 16 February 2018, Anne was appointed as Chief Executive.

Anne has led the strategic diversification of the business, resulting in significant growth based on understanding customers and delivering the services and products that meet their needs. This has included: Secure Storage, Gifting, Historics, increasing coin collectors, expanding international relationships, and tourism within The Royal Mint Experience.