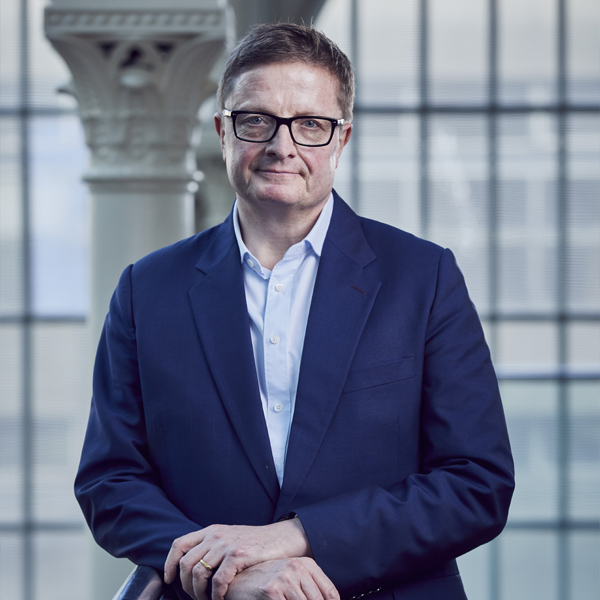 During his tenure ROH has completed the Open Up project - a major transformation of public facilities including a new world class theatre for chamber opera and ballet - extended its digital presence and reach through national learning programmes, streaming and live cinema relays, and strengthened its reputation as one of the world's leading lyric theatre organisations. More recently Alex led ROH through the pandemic, the largest financial challenge in its history, guiding a far-reaching restructuring programme and major Recovery fundraising campaign. A full performing Season for both The Royal Ballet and The Royal Opera launched in September 2021.

Alex is Chairman of High House Production Park Ltd, an international centre of excellence for the creative industries located at Thurrock in the Thames Gateway.

Prior to ROH, Alex joined Tate in 1994 and spent 18 years in a number of roles, including as its Deputy Director from 2002. During Alex’s time there he worked closely with Sir Nicholas Serota in the creation of Tate Modern, while also leading the business operations of the four Tate galleries and overseeing a major capital and digital development programme.

At the end of 2012 Alex was appointed a CBE for his services to the arts, and was made a Fellow of Kings College London in 2016.