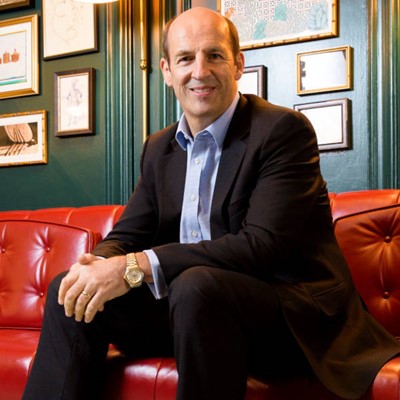 Adam Warby is the chief executive officer of Avanade, which was created in 2000 as a joint venture between Accenture and Microsoft to combine deep industry and business expertise with the best enterprise software solutions.

In this role, Adam works closely with the Avanade Board of Directors to shape and execute the company strategy which today is focused on accelerating the rotation to digital and cloud and growing direct channel sales.  As a founding member of Avanade, Adam has been instrumental in building the culture of the company and under his leadership, Avanade has grown to over $2.4bn in sales and 34,000 professionals in 24 countries globally.

Prior to assuming his current role, Adam served as General Manager and Senior Vice President for the company’s North American and European operations. As Executive Vice President, he also led Avanade’s global sales and marketing teams and set the vision and direction for Avanade solutions.

A true global citizen, Adam has lived in both Europe and North America and spends most of his time working with Avanade clients across the world. He is based in London.

Adam came to Avanade from Microsoft, where he was General Manager of the U.S. Midwest District, responsible for sales and support of Microsoft software throughout Illinois, Indiana and Wisconsin. Prior to this position, he was General Manager of Microsoft's Enterprise Services, responsible for implementing the strategy and plans for Microsoft's direct and partner services organizations focused on enterprise customers and also spent 5 years in a variety of Sales Leadership roles with IBM in the UK.

Adam is the Chairman of Junior Achievement Europe as well as a member of the Heidrick & Struggles board of directors, where he is helping to bring insights into new and emerging technologies. Adam holds a B.S. in Mechanical Engineering from Imperial College, London.

Applications are now open until midnight on the 28th January 2019

Find out how to apply