Odgers Berndtson extends CEO for a Day scheme globally for 2017 as ITV boss shares his day with a history undergraduate.

Odgers Berndtson, is inviting British university students to apply for the unique opportunity of shadowing a top business leader as its CEO for a Day initiative extends globally and across the UK this year.

The move comes as the firm today releases feedback from both the CEOs and British students who participated in last year’s UK pilot, involving chief executives from companies including BT, Deloitte, Standard Chartered and – today – Adam Crozier, chief executive of ITV. 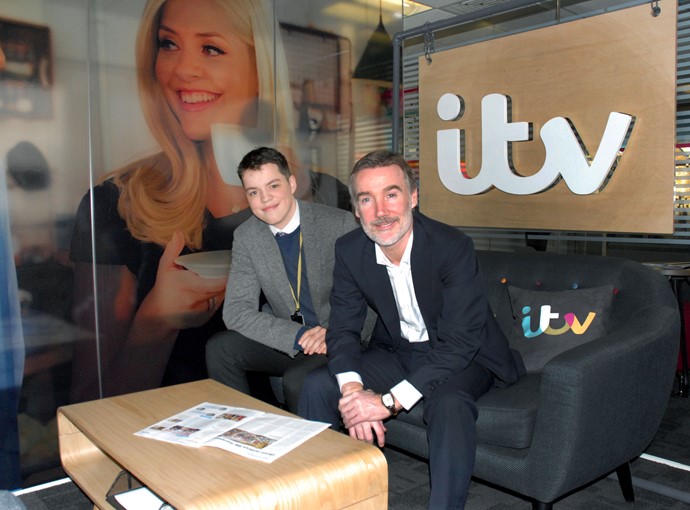 Feedback from the programme

Students participating in the 2016 pilot almost all noted the difficulty facing their generation in gaining the relevant experience to succeed in potential careers. CEO for a Day is unusual in that it catapults them in at the top level, providing a taste of what it takes to run a major company or organisation.

“With the UK facing many challenges over its future skills base, and keen to support apprenticeships and other initiatives for young people, this is another way to strengthen the path into business from university,” said Mark Freebairn, a senior partner of Odgers Berndtson who heads CEO for a Day in the UK. “Top executives frequently complain of a disconnect between the corporate world and education and this allows them to do something about it, as individuals, by giving a young person the opportunity of a life-changing experience.”

“I was keen for an insight into how successful people operate,” said Sam Crowe, an English undergraduate at York university who spent a day with Dame Helen Ghosh, Director General of the National Trust. “There’s a lack of opportunities like this but I know there’d be thousands of young people who’d gain life-changing knowledge from this kind of experience and really benefit.”

Dame Helen meantime commented that the day was also useful for her. “This kind of shadowing experience is always a great opportunity to think about yourself and your leadership style – because you need to be able to explain it to your shadower,” she said. “In the same way, you need to be able to explain what your role means in your organisation and environment, so it’s a learning day for you both.”

Other students participating in the 2016 scheme commented on how full-on and never-ending the role of a chief executive actually is and, to the surprise of many, how personable and engaging their CEOs were.

“This opened my eyes to exactly how much hard work and dedication goes into being a CEO. It isn’t something you can leave behind,” said Beth Seddon, studying event management at the university of Greenwich. “There’s a lot of competition for my generation seeking a corporate career – and having a degree no longer enough.”

One of the most intensely-competitive careers is media and entertainment, making today’s CEO day with Adam Crozier, the boss of ITV, particularly interesting. Mr Crozier is being shadowed for the day by Alex Bunker, a history undergraduate from the University of Southampton.

Find out more and apply