Born in 1970. Master of Laws degree in taxation, University of Helsinki. 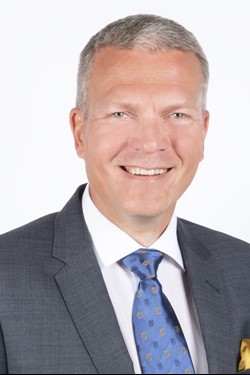 Prior to his current role, Tomi Pitkänen led the firm's Financial Advisory practice. In addition to leading an organisation of more than 400 professionals, Tomi has vast experience in taxation, specialising in Finnish and cross-border acquisitions, restructuring, and financing. In addition, he has wide knowledge in tax management of multinational corporations in Finland, EU, US, and Asia. For several years, International Tax Review publication has ranked Tomi as one of the leading tax advisers in Finland. He has published articles in Finnish tax magazines and co-authored tax planning publications.

Tomi started his career as a revenue officer at the Finnish Tax Administration in 1991 to 1994, followed by a position at the Helsinki School of Economics with various tax law research projects in 1994 and 1995.

In 1996, Tomi joined Arthur Andersen, formerly one of the "Big Five" accounting firms, and transferred to Deloitte in 2002. Since then Tomi has worked at Deloitte in different positions as a partner in Tax & Legal as well as in Financial Advisory Services.

Tomi and his family with 3 children live in Espoo. After business hours, Tomi is part-time logistics manager taking care of his children’s hobbies. In the summer, he is passionate in boating, BBQ, fishing, and jogging.