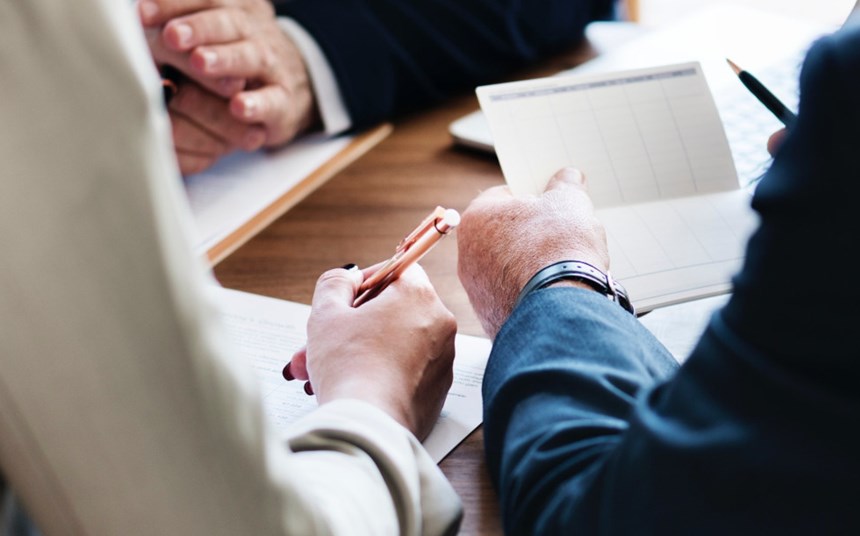 How best to influence those above you

Beyond using influence to motivate and inspire peers and those under your management, it’s as vital for your self-development to influence those up to a few levels ahead of you in your organisation or wider market. In the second part of this series on raising your profile, we’ll show how best to do that.

Marketing studies have shown that, when cold-emailing to look for a referral to a decision maker, success rates rise significantly when the request goes to those three or four levels ahead in a company’s hierarchy, looking for a referral down.

Is innovation most important? Brand coherence? Cost savings? What challenges are of most concern to them?

Once you identify what really matters to your boss’s bosses, you can begin to make yourself relevant and present yourself as a provider of solutions to their problems.

Be clear about their expectations of you. Prepare in advance of any interaction, put emphasis on their perspective of things and, when you have the chance to shine, over-deliver.

Choose a style of communication that fits with theirs. At meetings, watch whether they want detailed hard copies or brief overviews.

How often or for how long do they structure meetings? What reporting lines have they set up? Are they better listeners or readers? Once you’re familiar with how your leaders welcome and absorb information you can tailor yours to fit.

Robert Cialdini, Professor Emeritus of Psychology and Marketing at Arizona State University, is one of the world’s leading social scientists in the field of influence.

With Steve Martin, Director of Influence at Work (UK), he has done extensive research into how we influence others.

“In traditional hierarchical organizations, power is typically based on position. The higher you are on the organization chart, the more power you wield. The person with the power has the influence."

"Today, organisations are moving toward flatter, matrixed and team-based models. The theory is that with change and complexity comes the need to be more nimble, more inclusive of diverse thought, and more collaborative. In this model, power is more about one’s ability to influence and get things done outside of traditional reporting lines. In other words, the person with the influence has the power.”

The six principles of persuasion

Whether you work in a traditional hierarchy or a more team-based one, influence should be ethical, sustainable and effective. Cialdini and Martin have identified six principles of persuasion that apply universally:

When they have received something first, people are significantly more likely to respond favourably to a subsequent request. Marketers know you’re more likely to buy from them when they’ve given you something previously.

This may seem manipulative, but it doesn’t need to be. Use opportunities to give generously of your time or expertise in ways that are not expected and that come naturally, and, in time, this generosity is bound to be remembered and reciprocated. Give and take is a universal principle that people behave by.

The idea of scarcity has always been known to increase desirability. But when potential loss is pointed out instead of potential gain, people are 150% more likely to act. When Concorde announced the winding up of their New York to London route, mostly empty planes suddenly filled to capacity.

In an employment situation, emphasise your uniqueness. As well as the gain in having you on the team, subtly infer the loss of your potential absence.

Credible experts have always wielded influence. It turns out, though, the messenger is what is persuasive, more than their messages. When evidence of expertise is offered before a required action, like a doctor’s qualification being viewed, before writing a prescription, compliance increases.

An audience listens differently when firstly made aware of a speaker’s credentials. It’s difficult to self-promote expertise. Allowing others to fill this role by introducing your credentials in advance of your presence is easier. This could be a simple one-liner on accomplishment or experience expressed by a colleague before a meeting with those you’d like to influence.

Another element of the authority principle is that pointing out a drawback or admitting a small mistake by credible authority figures increases trust and creates a more favourable context for your authority to be accepted. It shows your confident sense of responsibility and ability to deal with challenges, as well as honesty.

This principle is more useful in influencing team members or those you manage. It’s been proven that when commitments are written, especially by themselves, peoples’ delivery on actions is greater.

This could happen naturally at a team meeting where notes are taken. If you subsequently ask a question which mentally brings a team member into the situation where the task would be carried out, it impacts behaviour even more positively, raising the chances of successful delivery.

In a survey, negotiating parties were told that time is money and that they should get straight down to business and agree on outcomes. 30% of the teams ended in deadlock. When encouraged to socially interact beforehand to exchange information and look for similarities, deadlocked outcomes dropped to 6%. Among the other 94%, both negotiating parties ended up with better financial outcomes.

In another example, M&A negotiation times reduced from around 9 months to around 6 months, saving millions, when CEOs arrived early for meetings and looked for a personal connection. Humanising all your interactions pay.

Humans are a collective group in an ecosystem. Behaviour that is studied tends to increase that behaviour. Highlighting favourable action will help to pull others in that direction.

So, providing evidence of what large numbers of people are doing that’s clearly productive, especially among a relevant group, is persuasive. This can be a useful concept to bring into presentations or proposals when you want to influence higher ranks positively.

In the next part of this three-part series, we’ll ask what role your personal brand plays in stakeholder management. And provide some answers too.

In the meantime, if you would like to know more about the subject, please get in touch.

In times of crisis, leadership is more important than ever. No surprise there. But it’s not leade...
Read
16111