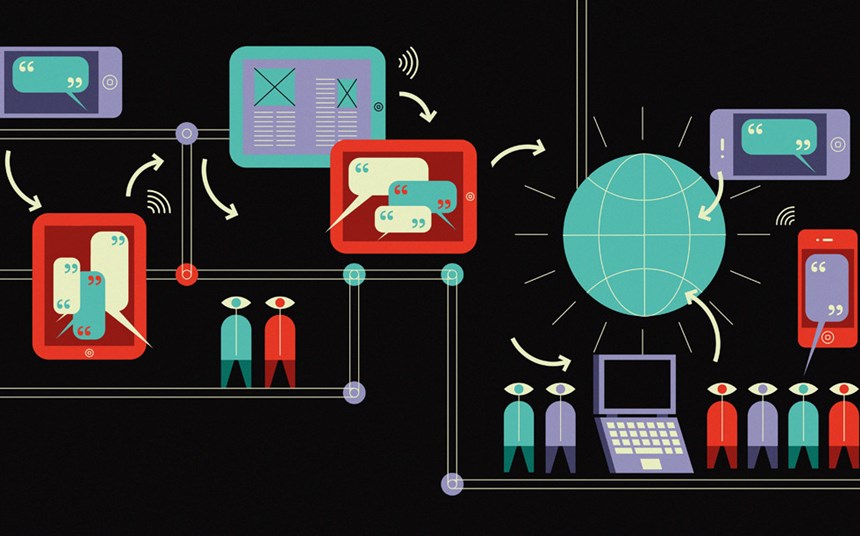 Listening in on the wellbeing at work conversation

According to a three-year survey, there is an increasing amount of chatter on social media about wellbeing at work. We take a closer look at a conversation that companies would be wise to join.

In 2015, Sir Richard Branson posted from his own social media account to promote Virgin’s extended shared parental leave policy. It became the most shared post on Facebook on the topic. That’s just one high-profile example of the way in which social media is being used to great effect to discuss this increasingly important topic. And data compiled by social media analytics firm Shareablee suggests this is not an isolated incident, but a trend.

Shareablee analysed more than 900 organisations that posted on the topic for just over three years until March 2018. They found that the private sector leads the ‘wellbeing in the workplace’ conversation, with 71% of total user engagement on the subject, engagement being when users respond or interact with a post.

Shareablee’s analysis included brands, publishers and public institutions such as Public Health England (which posted about sleep deprivation and work performance), and the World Health Organisation (which posted tips to promote ways to combat mental health issues at work).

Prominent organisations such as Deutsche Bank, GSK and SAP use their social media pages to talk about their own initiatives to promote wellbeing at work and the resources they have available for their employees.

Deutsche Bank’s posts spoke about relieving the negative stigma around mental health and the services it provides to combat the issue. Meanwhile, SAP (via its ‘Life at SAP’ page) hosted TEDx speaker and workplace happiness expert Holly Landau at an internal event.

Marriott Careers’ Facebook page, featuring its ‘Wunderlust’ podcast series and interviews with its Chief Human Resources Officer David Rodriguez, had the most engagement of 2,250 posts analysed. In particular, two posts on workplace wellbeing made up 7% of total engagement, 40 times more engagement than their average post.

Whilst Twitter saw the most posts on the topic of wellbeing in the workplace, Facebook posts engaged with audiences the best, with that platform contributing 82% of total engagement. Photos and posts with links had the most success, whatever the platform.

Ultimately, work-life balance posts sparked the most conversation or inspired the most comments. Physical activity such as doing more exercise also trended high on social media.

The Luxottica Luxury Eyewear Group took to Facebook to communicate its investment in promoting physical activity for its employees and healthy meal options in its cafeteria.

Deloitte, on the other hand, used Instagram to showcase its new Toronto offices with its dedicated spaces for mental and physical health.

Global furniture designers Steelcase and Knoll used social media to talk about the important role of furniture ergonomics and office design in an employee’s satisfaction and overall happiness in the workplace. They had the most success on Instagram using stylised images that feature well on the platform.

This is just a snapshot of the dynamic social media activity undertaken by companies promoting their well-working credentials.

There were more than 73 billion total engagements on Facebook, Twitter and Instagram in 2017 in the USA alone. With those numbers, why would companies not want to take to social media to extol the virtues of their wellbeing activities?  And better connect with their employees too?

In times of crisis, leadership is more important than ever. No surprise there. But it’s not leade...
Read
16620