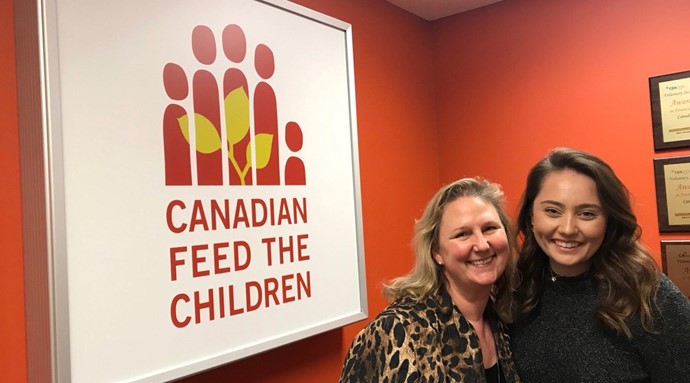 A University of Windsor student will be spending the next month job-shadowing a senior executive. In total, eighteen students will be in the same situation and will be paired with the heads of some of Canada’s leading organizations.

Their mission will be to find out what it takes to lead a major firms.

Kara Kristof, a Windsor resident, will be matched with Debra Kerby of Canadian Feed The Children.

“Odgers Berndtson actively supports diversity and inclusion which is why we wanted to ensure gender parity with this year’s CEOx1Day leaders,” said Jane Griffith, a company executive. Goals for the exercise include not only to, “celebrate female leadership, but also to normalize it for the younger generations coming into the workforce. We want them to see that being a leader is about the ability to lead and make an impact, not about gender.”

On her Linkedin page, Kritstof, an Odette School of Business student, posted about her feelings of being, “extremely blessed to have the opportunity to shadow Ms Debra Kerby, the CEO of Toronto-based Canadian Feed the Children.”

Currently in her third year as a co-op Honours Business Administration student, Kritstof, as a research assistant through the Outstanding Scholars Program, is involved in a business case with the university’s Dr Kent Walker. Earlier, she completed an eight-month co-op position with the Canada Revenue Agency, working as Windsor’s CRA Student Ambassador. Kristof also works part-time with the city of Windsor as a recreational program instructor, a position she has held since June 2015.

CEOx1Day finalists were picked from across the country and include students from 13 universities. They have been paired with presidents and CEOs from industries that range from retail and technology, to financial services, manufacturing, and not-for-profit, providing an extraordinary range of unique experiences.

To make it into the program, students had to demonstrate their leadership potential and emerge through a selection process that began last October and included an online evaluation by Hogan Assessments. There were also telephone interviews with Odgers Berndtson recruiters.

The selection process culminated with a half-day evaluation conducted by Odgers Berndtson and its partner, McKinsey and Company. Participating students were put through a series of exercises and workshops to assess their interpersonal and communication skills, teamwork, problem solving abilities, and resilience.

Originally published in the Windsor Square