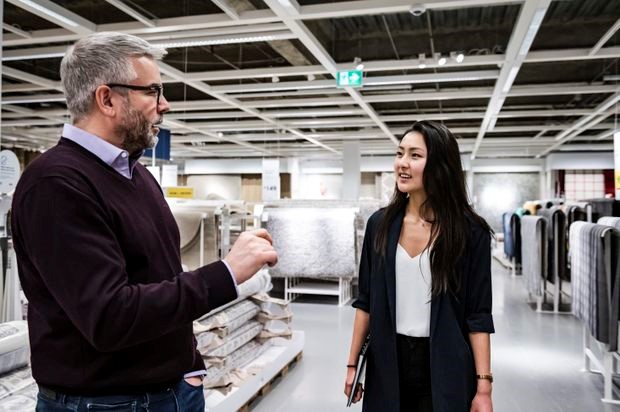 As the world’s largest furniture retailer, IKEA’s story has consistently been one of trail-blazing success.

But down on the shop floor, Lauren Hwang discovered that the company’s stories are being carefully woven on a daily basis.

The 21-year-old University of Toronto commerce student shadowed IKEA Canada president Michael Ward for a day at the Burlington, Ont., IKEA location as part of the CEOx1Day program organized by Odgers Berndtson, a global executive search and leadership advisory firm.

She discovered that one of his talents as a leader is in creating a vision for his employees as well as the business itself.

“Leaders need to be able to not only tell the consistent story of where the company is trying to go long term, but they’re also responsible for reiterating how this quarter or this project or this meeting fits in with that long-term story,” she says. “Sitting in on all of these meetings … was the perfect depiction of Mike being a great storyteller.”

Throughout the day, which also included a store tour where Ms. Hwang learned the thought process behind the store layout, she was able to see how the leader of a multinational corporation leads his team in solving some of the company’s greatest challenges and ultimately determining the future direction of IKEA in Canada.

The way in which Mr. Ward, who has been with IKEA since 1986, interacts with his extended management team left an impression on Ms. Hwang. 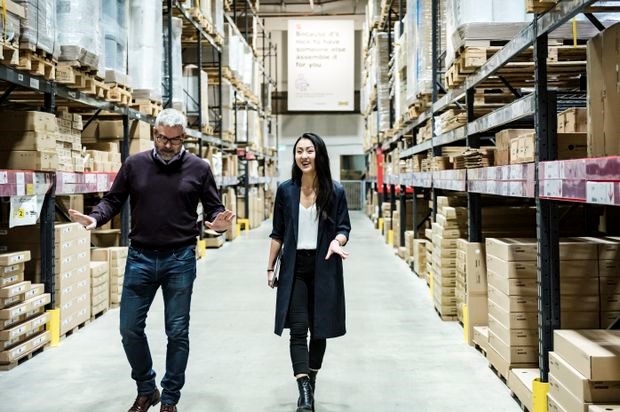 “Being a leader and particularly a CEO, and president in this case, it’s all about synthesizing the team’s diverse range of opinions and perspectives and being able to transform them into a tangible plan and goal for the team to collectively work toward,” she says.

One particular tactic that Mr. Ward employs in his meetings is to watch and see if a team member is deep in thought, but chooses not to say anything. Then he’ll press them on what they were thinking, mainly because he believes that a leader should actively let his team know he’s onside with their perspectives, no matter how wild or crazy the ideas might be.

Ms. Hwang says this strategy stood out, and that even if employees aren’t confident in their own perspectives, they might drive other conversations that might lead to other potential outcomes. “It really does speak to his high level of emotional intelligence and passion to continue to build that strong sense of team culture,” she says.

Mr. Ward said that spending the day with Ms. Hwang was almost like looking into a mirror. He was particularly struck by some of the questions she asked.

While the day was packed with meetings and appointments with many different departments, Mr. Ward also took note of how comfortable Ms. Hwang was in every situation.

“She’s really present and engaged, curious and open,” he says. “She has a strong point of view, which comes through in a really interesting way. She’s well informed and she’s really flexible.” 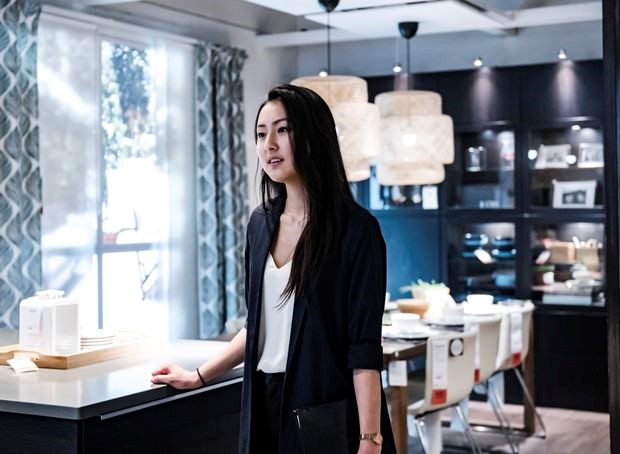 Ms. Hwang 'was really interested in topics that had to do with not just developing business, but actually developing business that resonates with strong culture, a strong set of values in doing good,' said Mr. Ward  | CHRISTOPHER KATSAROV/THE GLOBE AND MAIL

The highlight of the day for Mr. Ward was the store tour, which he calls “our moment of truth,” as he meets the customers and observes how the whole IKEA concept is received by the public. He says that being able to watch Ms. Hwang connect the concepts that they had talked about in the morning meetings to the real world was particularly rewarding.

As someone who has benefited from mentors in his own career, Mr. Ward hopes that the day will have some impact on Ms. Hwang’s development, but has no doubt that as her career plays out, she will be able to grow into whatever role she takes on.

“Like anyone in her situation, she has a lot of ideas and a lot of thoughts and I think she’ll benefit when she gets a chance to put some of those into practice,” he says.