To increase diversity at the top, show them what it looks like to be there 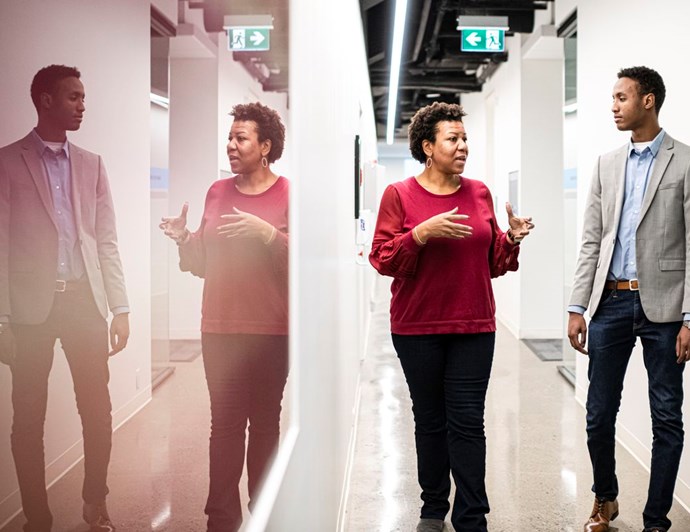 President of Capital One Canada Jennifer R. Jackson talks with student Mohammed Ali while showing him the office, in Toronto on Feb. 25, 2020.

Twenty-year-old student Mohammed Ali felt an immediate connection with Jennifer R. Jackson, president of Capital One Canada, when he shadowed her recently as part of the CEOx1Day program – and not just because of their shared passion for sports.

“I sensed that Ms. Jackson, as a black person like myself, as well as being a female [business leader] in Canada, has probably gone through some adversity,” says Mr. Ali. “Our upbringing was very similar. Ms. Jackson shared how she also went to a high school outside her area to get a better education, so we immediately had that talking point. She seemed like someone I’d known for a long time.”

Encouraging diverse representation at the top is just one of the aims of the CEOx1Day program, which was created by executive search firm Odgers Berndtson in 2013 to give students the opportunity to learn business and leadership skills from top executives.

Programs like these may be especially helpful for participants like Mr. Ali, who was raised in a low-income area of Toronto by his Somalian immigrant parents. He is a third-year bachelor of business administration student at York University’s Schulich School of Business. He’s also a mentor himself to students at Toronto-based Schulich and in his community.

“I started to become a mentor for students who are in my position trying to move up because I know it’s a lonely journey,” he says. “I wish I could have had someone push for me, so I want to be that person for other students.”

Research shows that mentors are instrumental for the academic success and career development of diverse talent. According to a 2019 U.S. study from the National Academies of Sciences, Engineering and Medicine, taking a more intentional, inclusive and evidence-based approach to mentoring students could help to engage and retain a broader group of students. The report also found that effective mentoring relationships had an overall positive effect on academic achievement and degree attainment, as well as on career success and satisfaction.

Ms. Jackson chose to participate in CEOx1Day because she believes that the power of mentors in this type of program is to give a window that a student might not otherwise have into how she and her organization operate. Then they can build on their strengths by taking what they learn with them. 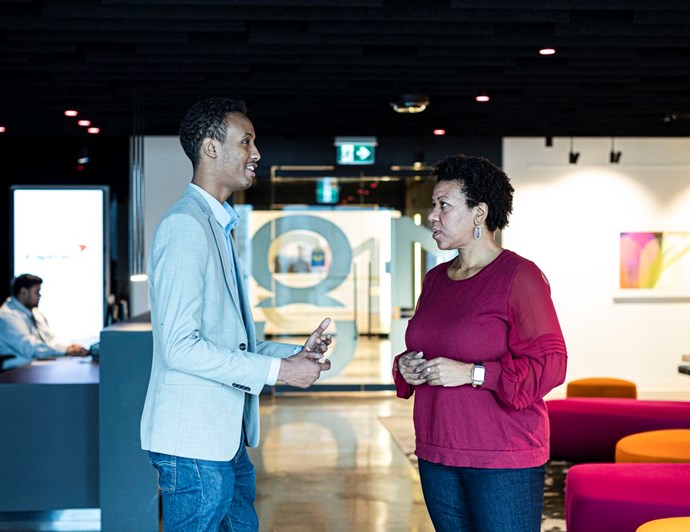 Ms. Jackson advises Mr. Ali to take the opportunity to interview the companies for which he eventually will be considered to work, once he graduates from business school.

“My ability to have an imprint on the rising next generation was really appealing,” Ms. Jackson says. “I did answer a lot of questions and give unsolicited advice because that’s what mentors do and that’s important to me. I liked that the program had a good mix of students from underrepresented groups that you don’t see as much in corporate Canada.”

When she thinks about the most powerful mentors she’s had along her career, she says the ones whose guidance went the furthest were available when she was at the point of moving up.

“I also found mentors to be most helpful when there were some commonalities, and by that I don’t mean they were women or a person of colour, but when they were in positions that I aspired to be in,” Ms. Jackson says. “That could work for Mohammed by reaching out to an upperclassman who is in a same trajectory or major and asking for their advice because they’re a little ahead.”

"One key thing I wanted to communicate to him was to be unapologetically true to himself, even at times when it may be uncomfortable being authentic, as he enters his professional life,” Ms. Jackson adds. “And to know the value he brings, especially in moments when he may doubt himself, and more importantly when others may underestimate him.”

Ms. Jackson had more advice for when Mr. Ali would be deciding on where he might work: that he should be thoughtful about the culture and environment, because while many companies aspire to be collaborative and respectful, that’s not always the case.

“I hope he’ll take some of the most positive things that he witnessed at Capital One and use that when he’s thinking about joining a company,” she says. “While he’s interviewing for those jobs, he should take the opportunity to interview those companies, too, and see if all the things that he liked and respected here match up with the place where he starts his career.”