The Journey Beyond CEOx1Day 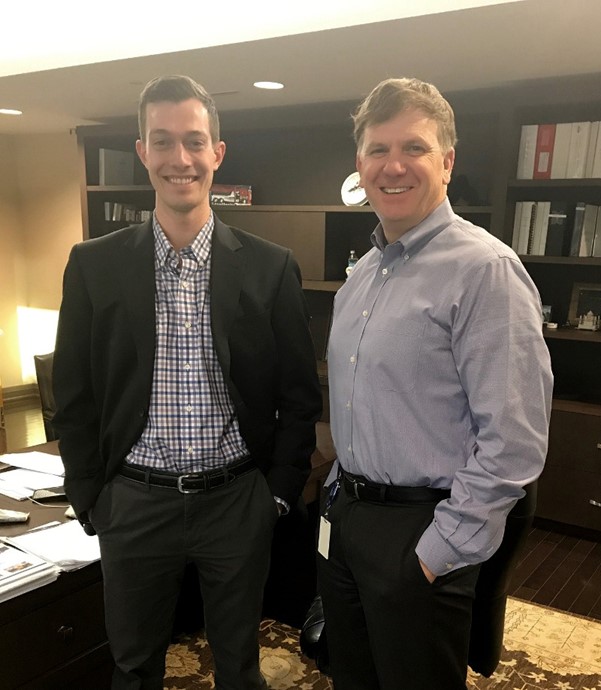 I never would have imagined my CEOx1Day experience at Martinrea International would have turned into the opportunity to work at the company as a summer intern!

As a fourth year student studying my Honours Business Administration and Integrated Engineering at Western University, I applied to CEOx1Day since I have always looked for ways to improve my leadership abilities. When I saw the program offered an amazing experience to learn what it is like to be a CEO, I knew I needed to apply because it would challenge the way I think and act as a leader.

After a four-stage selection process, including a semi-finalist day with 18 of my peers at the Odgers Berndtson Toronto office, I received an e-mail stating I had been chosen for the CEOx1Day program and my body rushed full of excitement!

On my CEOx1Day at Martinrea, a leading auto manufacturing company, I felt the butterflies in my stomach when I stepped through the doors as I knew I wasn’t only meeting the CEO, but the entire executive team! In fact, interacting with the entire C-suite provided me so much insight into how the CEO interacts with his team and leads the organization.

After my nerves had settled, I spent an amazing day including one on one time with the Martinrea President and CEO, Pat D’Eramo where I had the opportunity to learn about his views on the automotive industry and understand how he leads his team. I remember reviewing his strategic plan with the CIO after which he told me “Most companies have created a strategy, but where the magic actually happens is during the execution.” He told me to think about working for Martinrea this summer and to contact HR if I was interested. Many of the other executives I met with during the day also kept asking me what I was doing for the summer and at that point, I was completely undecided.

After a few days of reflecting on such a positive CEOx1Day experience with the Martinrea team, I decided to take up their offer and I touched base with the head of HR to start the discussion about a possible internship with them. What ultimately convinced me to want to work at Martinrea was their mission, vision, and 10 principles. This philosophy set out by the executives created a positive culture which is hard to come by in the automotive industry. With an industry that is rapidly changing with tough financial pressures, it is enlightening to find a company that has a principle stating: “The Golden Rule – Treat everyone with dignity and respect.”

I was thrilled to have been placed as the Production Operations Intern in a facility called Rollstar in Mississauga which was expected to undertake some major process improvements. On my first day I took part in intense training with the lean team for a productivity Jishuken (which means process improvement). I became very involved with this project and even had the opportunity to lead it for a week, which was a great leadership experience. During the three months I was there, the work cell has more than doubled its efficiency showcasing that the positive culture can really have an impact on the company’s results.

Overall, I had a great summer experience and I took away many leadership and career lessons from the internship. The most important lesson I learned was from the CEO Pat, who said everyone has something unique to bring to the table. As a leader, he emphasized it is very important to ask questions to gain a better understanding of the bigger picture before making decisions that will impact the organization and its people.