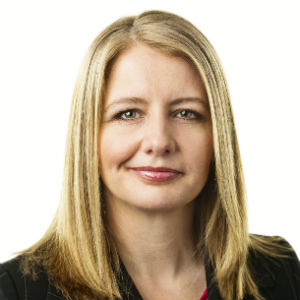 As President & Chief Executive Officer of Vancity, Canada’s largest community credit union, Tamara Vrooman believes that banking has a vital role in developing a healthy society—building the well-being of people and, at the same time, ensuring the long-term sustainability of the communities in which they live and work. This summarizes Vancity’s vision of redefining wealth.

Under Tamara's leadership, Vancity has gained international recognition for its values-based banking model—from becoming the first Canadian financial institution invited to join the Global Alliance for Banking on Values, an independent network of the world's leading sustainable banks and banking co-operatives, to an invitation from the Vatican to participate in a summit about creating a more inclusive economy.

Tamara's achievements include leading Vancity to become the first carbon-neutral financial institution in North America, the largest private-sector living wage employer in Canada, and one of the first mainstream financial institutions to launch an alternative to predatory payday loans—the Vancity Fair & Fast Loan™.

Tamara lends her voice and leadership experience to issues related to women, families and children with a particular focus on issues related to equality, inclusion and empowerment. She has been recognized for her leadership with multiple awards and honours and is a frequent speaker at local, national and international conferences and symposia.