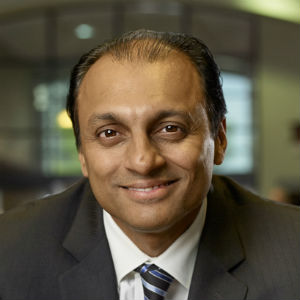 Prior to joining Calgary Co-op, Ken worked for Sobeys’ National and Ontario teams for 11 years. Sobeys is a $24Bn corporation based in Stellarton, Nova Scotia. During his tenure at Sobeys, he served as General Manager, VP National Procurement, VP Private Label Procurement & Global Sourcing, and VP Grocery. After their 2013 purchase of the $7Bn Canada Safeway, Ken was re-engaged by Sobeys to create financial synergies.

Ken has also worked for Rexall’s national team as Chief Merchandising Officer for 2 years. Rexall was a part of the Katz Group, based in Edmonton, and is now owned by McKesson Canada. Ken’s mandate was to completely turnaround the company, improving the customer experience and financial performance of the company, setting it up as a great target for acquisition. Ken’s strategic effort at Rexall included creation of a new and differentiated brand positioning for Rexall stores - warm, friendly décor, 1000’s of new products, an expanded private label program, and a major storewide focus on health and well-being, vs the old ‘pharmacy only focus’.

Ken’s responsibility at Calgary Co-op is to work with the Board of Directors to oversee and execute strategy focused on the needs of its Members and financial sustainability. Calgary Co-op is owned by its 460,000 Members, and has 3,850 employees. It is based in Calgary, Alberta and its lines of business include Food, Pharmacy, Gas Bars, Home Health Care, and Wine, Spirits and Beer serving Calgary and the surrounding communities of Airdrie, Strathmore, Okotoks, and High River.

Under Ken’s stewardship, Calgary Co-op built and implemented a new 10 year strategy to differentiate over the long term by focusing on ‘delivering exceptional customer experiences through inspired team members’. Innovative new store designs have been developed including Canada’s first World of Whisky store. Calgary Co-op recently won the international Retail Design Institute’s award for best retail design, and is a recipient of the Alberta’s Top 70 Employers award for 2017.

Ken has a B.Sc (Physics major), an MBA (Marketing major), and completed his ICD.D. After completing his MBA in India, Ken worked in the Brand Management team for Procter and Gamble in India. In 1995 he moved from India to the West Coast of Canada with his wife Antara, and worked for the Overwaitea Food Group in BC. Overwaitea is a $5Bn enterprise, which operates Save On Foods stores in BC and Alberta.

Ken Keelor has engaged with Kids Help Phone Line and the Grocery Industry Foundation. He has served on the Board of Directors for ProAction Cops & Kids, a not for profit organization that raises $1M+ annually to bring cops and kids closer together, with a view to making communities safer by creating mutual respect.

His interests include sports, workouts at the Gym, and Bridge. But his first love is visiting his stores and centers, and speaking with the passionate people that operate them.