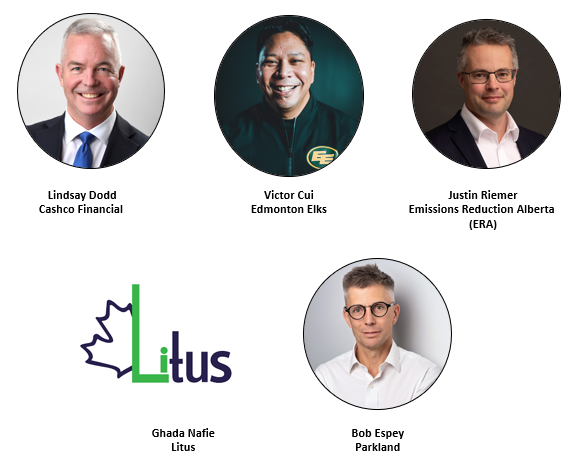 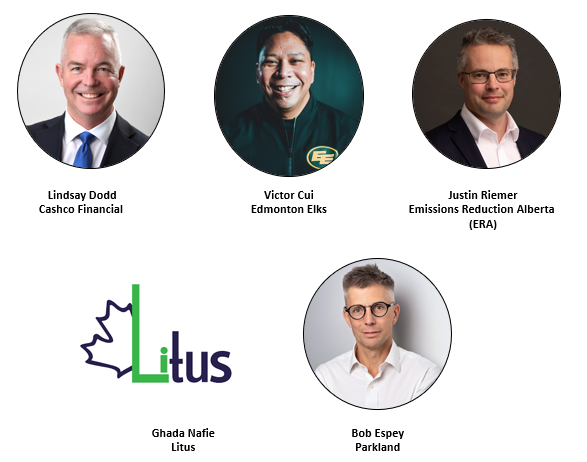 Lindsay Dodd is Chief Executive Officer of Cashco Financial, a private company working to bring one million Canadians on a path to financial health. He is also Managing Partner of Sprout Fund LP, an early-stage technology investment fund located in Alberta.

He is the former CEO of Savvia Inc., a technology-advisory firm acquired by CompuVision Systems Ltd. in 2016. Before launching his company, Lindsay was a Partner with the international IT consulting firm of Sierra Systems. He has also held senior IT management positions with companies such as PCL Construction and ATB Financial.

Lindsay is currently Past Chair of the Stollery Children’s Hospital Foundation Board of Trustees, a Director with the Edmonton Elks Football Club, and is a member of the Edmonton Executive Committee of the Institute of Corporate Directors. He holds Board positions with two private companies and is the former Chair of the Board of the Edmonton Chamber of Commerce.

He is a member of the A100, an angel investor with Valhalla Angels, and a mentor with the VMS group of the University of Alberta.

Born and raised in Edmonton, Alberta, Victor Cui is the President and CEO of the Edmonton Elks Football Club – one of the flagship franchises in the Canadian Football League and 14-time Grey Cup champions. Cui was announced as the Club’s president on January 25, 2022 and brings a wealth of global sports experience to the hometown team he grew up cheering for.

Prior to his homecoming with the Elks, Cui rose to prominence on the global sports scene with mixed martial arts promotion ONE Championship. Cui served in a variety of roles with ONE, beginning as a co-founder and the company’s first CEO in 2010. Cui went on to become ONE’s CEO International and led multiple areas of the company’s global business. He also served as CEO of ONE Elite Agency, managing some of the world’s biggest MMA athletes and celebrities.

Over his decade-plus run with ONE, Cui played a central role in growing the company to become Asia’s largest sports media property, with broadcasts to more than 150 countries. Thanks in part to Cui’s leadership and vision, the company held a total valuation of more than $1 billion (USD) as of January 2022.

Cui’s other sports experience is extensive, as he previously worked on: the Commonwealth Games, the Sydney Olympics, the PGA Tour Bell Canadian Open Championship, the LPGA Tour BMO Women’s Open, the X Games Asia, the World Series of Pool, World Futsal and the creation of ESPN’s Martial Combat.

Personally, Cui is a graduate of the University of Alberta where he served as Students’ Union Vice President Internal while studying political science. He is a dedicated husband and father, and lives with his wife, two children, and parents in Edmonton.

Cui is a proud member of the Canadian Filipino community, with his parents moving to Edmonton from the Philippines in the 1970s. Cui and his brother’s first introduction to sport came in the form of boxing – their father’s favourite sport. Cui went on to become fascinated with martial arts, specifically taekwondo. Both he and his wife are black belts in the sport, a passion they have passed down to their son and daughter.

In addition to his professional and family commitments, Cui is an active member of the Edmonton community. He serves as a mentor for the University of Alberta’s ThresholdImpact Mentoring Service (VMS), helping develop Alberta’s next generation of entrepreneurs through guidance and support. Cui also serves as a board member for the Parkinson’s Association of Alberta – a cause which is close to his heart after his father was diagnosed with the disease.

Justin Riemer is CEO of ERA, an Alberta-based, board-governed, not-for-profit corporation with a mandate to reduce greenhouse gas emissions and grow Alberta’s economy by accelerating the development and adoption of innovation technology solutions. To date, ERA has invested $830 million in 230 technology projects worth $6.6 billion.

He is passionate about supporting the advancement of sectors vital to the diversification of Alberta’s economy, having served in leadership roles to deliver initiatives at both the federal and provincial levels related to value-added energy, health innovation, clean technology, and inclusive economic development. Most recently, Justin led the Alberta region of Prairies Economic Development Canada in delivering unprecedented levels of relief and recovery programming to individuals, businesses, and organizations impacted by COVID-19.

Justin holds a Master’s Degree in International Affairs from Carleton University, and a Bachelor of Arts (Honours) in Political Science. Justin is married and the proud father of two young men.

Following Bob Espey's appointment as President and Chief Executive Officer in 2011, Parkland's enterprise value has grown from $750 million to over $10 billion. Over 60 strategic acquisitions have positioned Parkland as a leading international consolidator of convenience and fuel marketing businesses with operations in 25 countries.

With a network of over 4,000 retail, commercial and food locations, Parkland has developed powerful supply, distribution, and trading capabilities to accelerate growth and business performance. Parkland’s portfolio of consumer and commercial brands, including JOURNIE™ Rewards, ON the RUN, Ridgeline, Pioneer, Sol, Ultramar, and M&M Food Market, coupled with its culture of customer service has created a solid platform for organic growth. Parkland is rapidly developing expertise to seize opportunities through the energy transition with carbon and renewables trading, solar power, renewables manufacturing and ultrafast Electric Vehicle charging.

Prior to Parkland, Bob worked internationally and domestically as a consultant and in senior leadership roles in start-up and mature businesses across the technology, manufacturing, marketing, and consumer goods sectors. Bob graduated with a Bachelor of Engineering (Mechanical) from the Royal Military College of Canada and served as a Commissioned Officer in the Canadian Navy. After leaving the Navy, Bob continued his education with a Master of Business Administration from the University of Western Ontario. Bob is a senior advisor to EnZinc, an advanced developer of metal air battery technology, a board member of Boyd Services Group (TSX:BYD) and past Chair of the Canadian Fuels Association.