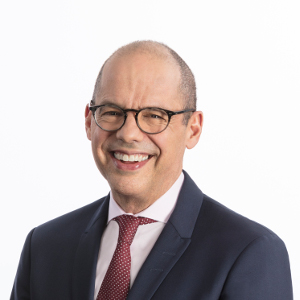 Sylvain Cossette is President and Chief Executive Officer of Cominar since January 2018. Mr. Cossette joined Cominar in August 2012 as Executive Vice President and Chief Operating Officer and was appointed President and Chief Operating Officer in February 2016. Prior to joining Cominar, Mr. Cossette was a partner at renowned law firm Davies Ward Phillips & Vineberg LLP. In 2012, Mr. Cossette was the recipient of the prestigious International Law Office (ILO) Client Choice Award in the category of Mergers and Acquisitions (Canada), and in 2011, he was named Montreal’s Lawyer of the Year in the Securities category by Best Lawyers in Canada. Mr. Cossette’s industry-leading expertise in corporate mergers and acquisitions has also been recognized by publications such as Chambers Global: The World’s Leading Lawyers for Business and l’Expert.

Furthermore, Mr. Cossette is actively involved in various associations in the industry, particularly as Chair of the Québec and Montreal Real Estate Forum, or CREW M. Mr. Cossette also donates his time to charitable organizations, including Portage, Leucan, United Way, IUCPQ Foundation and Arthritis Society, to name a few.