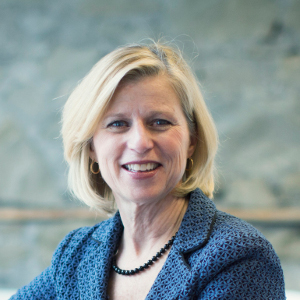 Mary became President and CEO of Calgary Economic Development in June 2015 and under her leadership there has been a greater focus on Calgary’s competitiveness in the new economy including in the areas of talent development, innovation, placemaking and being a business friendly city.

At Calgary Economic Development, Mary led teams that created the Calgary. Be Part of the Energy promotional brand adopted by all civic agencies, the award-winning flood recovery YYCisOPEN campaign, oversaw two Economic Strategies for Calgary: Building on our Energy and Calgary in the New Economy, and the Hey Amazon campaign and HQ2 bid that earned industry awards and global attention for Calgary.

Mary earned an MBA from Royal Roads University and is active in the Calgary community. She is the CEO of the $100-million Opportunity Calgary Investment Fund and a director on several non-profit boards, including Calgary Film Centre, Sport Calgary, Calgary Sport Tourism Authority, Beakerhead, the Calgary Petroleum Club, and the O’Brien Institute for Public Health. She is also a past president of Ronald McDonald House Southern Alberta.