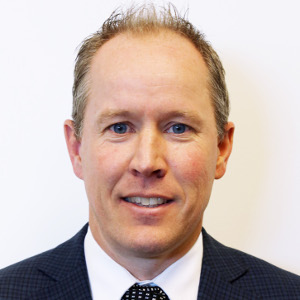 Mark Goudie is a corporate enabler. Over his 30-year career, Mark has enabled companies to grow and prosper by raising well over one billion dollars in financing and implementing best practices across departments and lines of business. He has advised, established and led senior management teams in industries such as software, professional services, life sciences, oil and gas, clean tech, real estate and sports and entertainment. He now leads Ottawa’s most exciting sports and entertainment organization, OSEG, which is transforming Lansdowne Park into Ottawa’s entertainment hub.

A chartered accountant, Mark started his career advising a diverse range of companies on value creation strategies as a senior consultant with PwC Canada. He later transitioned to the sports and entertainment industry as CFO and Vice-president, Finance & Administration, with the Ottawa Senators Hockey Club and the Canadian Tire Centre (formerly The Palladium). It was a role close to Mark’s heart since his uncle was Howard Darwin, the legendary Ottawa sportsman who founded the Ottawa 67’s Hockey Club and the Ottawa Lynx AAA Baseball Team while promoting and managing fighters in the boxing world. Mark grew up in Ottawa’s sports community and was an avid hockey and lacrosse player.

After a 10-year career with the Senators, Mark moved-on to the high-tech sector as a senior executive with MXI Technologies, World Heart and Plaintree Systems. Mark has served on multiple corporate and charitable boards of directors over his career.

A father of two, he resides in suburban Stittsville with his wife, Lisa.