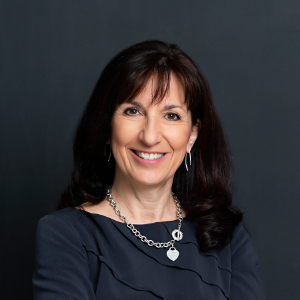 Lucia Pollice is at the helm of CDMV, Canada’s leading distributor of veterinary products and services.

Her career took off at IBM, where she rose through the ranks in Montreal and Toronto, holding various positions in sales, marketing, customer service and operations. Her determination and expertise next led her to Van Houtte, where she was appointed Vice-President of Operations for the Eastern region. This was followed by a stint as General Manager of Performance Excellence at Canada Post, where she honed her vision of the customer relationship, overseeing the transformation of a team of over 1,500 employees dedicated to sales and customer service.

From there, her career took new directions, leading her first to the legal profession. In the role of Executive Director at Stikeman Elliott, she successfully carried out her mandate of ensuring continuous improvement and mobilizing the administrative staff.

Driven by her constant thirst for the challenges of maximizing human capital and her commitment to showing leadership in the implementation of her action plans, Lucia subsequently accepted the role of Vice-President of Sales and Business Development at CDMV. It didn’t take her long to prove herself and, by 2017, she earned her way to lead the company, becoming the first woman to hold the position of President and CEO.

Recognized for her ability to develop mobilizing strategic visions and her natural flair for identifying unique business opportunities, Lucia is constantly questioning the status quo and thrives on the challenges posed by complex business environments.

She sees these challenges as an opportunity to apply her outstanding skills in change management through the development of new business models and their operationalization. Throughout her career, she has made a name for herself by emphasizing rigour, tenacity and audacity in the pursuit of ambitious goals.

An accomplished businesswoman and the immensely proud mother of two young women, Lucia continues to “pay it back” by instilling a healthy dose of energy and ambition in her staff and colleagues on a daily basis. She often reminds them of the importance of boldly surrounding yourself with people who are better than you and who inspire you. “Step up!”