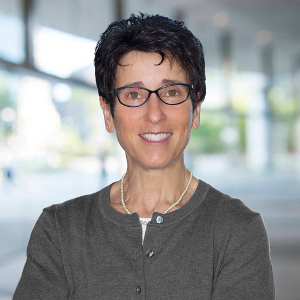 BC Pension Corporation provides pension services for five of the largest pension plans in the Province with assets in excess of $107 billion. The Corporation services over 569,200 plan members, 1,100 participating employers and pays out more than $349 million in benefits each month ($4.2 billion/year).

Under Laura’s leadership Pension Corporation received “Gold” recognition from Excellence Canada which demonstrates it is one of the best managed organizations in Canada.

In 2018 Business in Vancouver magazine, Deloitte and TEC Canada recognized Laura as the public sector BC CEO of the Year and in 2017 Laura was named one of the Influential Women in Business. She was also called out as one of Canada’s Top 100 Most Powerful Women by the Women’s Executive Network and recognized on Vancouver Magazine’s Power 50 list. Laura also has the designation of Director with the Institute of Corporate Directors (ICD.D), and serves on several boards including Excellence Canada, the Conference Board of Canada and the Gustavson School of Business International Advisory Board. Laura is an active mentor for women leaders and emerging leaders who look to her for guidance and direction on their leadership practice and career development.

Laura is a high-performing senior executive who brings a fresh leadership style to her role. She has clear vision and her expertise as a strategic leader that gives her the ability to deliver results. Laura creates the right space for everyone in her organization to thrive. She emphasizes the importance of maintaining strong relationships with staff and all key stakeholders.

In 2012, she spearheaded the creation of a new strategic plan for Pension Corporation called 12 to 21 Our Way Forward. This nine-year strategy is an ambitious plan for business transformation that ensures Pension Corporation meets the changing needs and expectations of plan members, employers, trustees and staff. Above all Laura has reshaped the culture at the Corporation creating the organization-wide engagement and resiliency needed to bring the strategic plan to life.

Laura lives in Victoria BC with her husband Lawrence Saunders and terribly misses her twin boys - both of whom are at university in Ontario. She is a high performing athlete in several sports including golf and cycling.