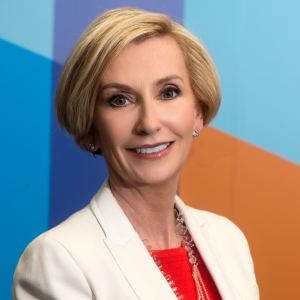 Jan De Silva is a seasoned international business executive with a proven track record of excelling in on-the-ground leadership roles.

As President & CEO of the Toronto Region Board of Trade, Jan is spearheading efforts to make Toronto one of the most competitive and sought-after business regions in the world.

Prior to joining the Board, Jan spent 14 years in leadership roles in Asia. She served as CEO of Sun Life Financial’s Hong Kong subsidiary and Mainland China joint venture. She co-founded and was CEO of Retail China Limited, which was acquired in 2010. She later served as Dean of Ivey Asia, leading the Hong Kong campus and Asia operations of Ivey Business School of Western University.

Highly respected for her business advocacy and government engagement efforts, Jan has been named one of Canada’s Top 100 Most Powerful Women, a Woman of our Time by Hong Kong’s South China Morning Post and made the Canadian Board Diversity Council’s inaugural Diversity 50 list. She currently sits on the boards of Intact Financial Corporation, Blue Umbrella Limited and the Greater Toronto CivicAction Alliance.