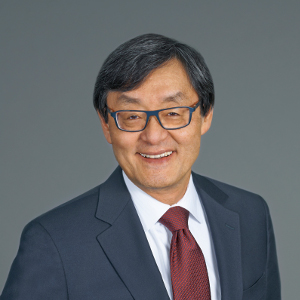 Howard Eng has been President and CEO of the Greater Toronto Airports Authority (GTAA) since 2012. The GTAA manages and operates Toronto Pearson International Airport, which ranked fifth on aviation data leader, OAG’s, list of the Top 50 International Megahubs in 2017.

Under Howard’s leadership, Toronto Pearson is pursuing its vision of becoming the best airport in the world. In 2017, Toronto Pearson’s collective efforts were acknowledged when it was awarded with Best Large Airport in North America (serving more than 40 million passengers) by Airports Council International, the global organization representing the world's airports.

Prior to joining the GTAA, Howard was Executive Director, Airport Operations at Hong Kong International Airport (HKIA). During his 17-year tenure as a member of the senior management team, HKIA became one of the world’s largest international hubs and won more than 40 Best Airport awards.

Howard graduated from the University of Alberta. He began his career with Transport Canada and later worked as Vice President of Operations at Edmonton International Airport.