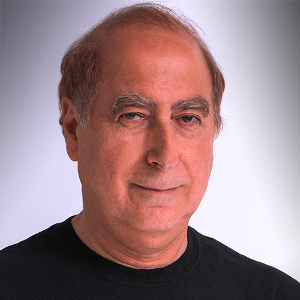 Be persistent, establish your goals, work hard towards them and don’t pay attention to naysayers.

As a tech veteran and a successful entrepreneur, this core belief has driven Eli through various successful endeavors, including founding and co-founding seven companies replete with colorful and illuminating stories of survival and success.

Eli is passionate about promoting entrepreneurship and empowering individuals to chart their own success. His ventures to-date have employed about 300 people, which has contributed over $500 million in salaries and other benefits.

Eli has been recognized with multiple awards including Startup Canada 2016 Senior Entrepreneur Award for Canada. He has been featured in numerous publications such as the Financial Post, Globe and Mail, and Huffington Post.

Following his belief in giving back to the community, Eli serves on several diverse not-for-profit boards, as well as a publicly traded company. He currently sits on the Board of the Ontario Chamber of Commerce, StartUp Canada, C-Com and recently completed a 6 year term on the Board of the Ottawa Community Foundation.

Eli has a master’s degree in computer engineering from the University of Ottawa and was the 2016 Alumnus of the year at Algonquin College.

Eli is the cofounder and CEO of MindBridge AI, a company that uses artificial intelligence and machine learning technologies to uncover errors in financial data. He is motivated by evolving and bringing recognition to Ottawa’s artificial intelligence sector, providing opportunities to those that may otherwise be overlooked and is passionate about giving back to the community.