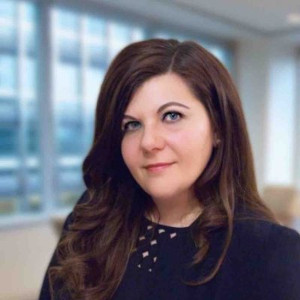 Caroline Riseboro is President & CEO of Plan International Canada, one of Canada’s largest charities working in over 70 countries to help children, especially girls, realize their rights. Caroline is well respected for being a champion of innovation and is credited with launching ground-breaking and award-winning campaigns that have engaged Canadians on some of the world’s toughest issues. In 2017, Caroline was named Canada’s Top 100 Most Powerful Women in the trailblazer category.

Before joining Plan International Canada, Caroline was Senior Vice-President, Marketing & Development at the Centre for Addiction and Mental Health (CAMH) Foundation, where she played a key role in expanding CAMH’s reach among Canadians. Caroline has held several senior executive positions over the years, more recently as Senior Vice-President, Marketing & Engagement at World Vision Canada where she was responsible for raising $270 million annually.

In addition to serving as President of the GTA chapter of AFP, Caroline serves on the Boards of the Humanitarian Coalition and the Canadian Partnership for Children and Women’s Health (CANWACH). Caroline holds a Bachelor (honours) degree from McGill University and has been pursuing a Master of Philanthropy and Nonprofit Leadership at Carleton University.