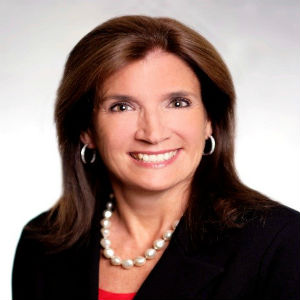 Carol Stewart was appointed President, Kellogg Canada Inc. in October 2009. She also serves as a member of the Kellogg North America Leadership Team and the Global Leadership Team.

Ms. Stewart has held a variety of sales and marketing leadership roles within Kellogg Canada. She began her career as a Brand Manager for Eggo* and Pop Tarts* in May 1989 and, over the next 11 years, held a number of roles within the Canadian Marketing organization including Senior Category Manager in 1993, Marketing Director, Kid Cereals in 1995, and Marketing Director, Cereal in 1996. In 1998, she was promoted to the role of Vice President, Marketing, where she assumed responsibility for the company’s Convenience Foods business.

Ms. Stewart joined the Canadian Sales team as Vice President in September 2001. Four years later, she was promoted to Senior Vice President, Sales, Kellogg Canada. Her leadership in this role was key to strengthening the team’s analytic, strategic planning and execution capabilities.

In 2007, Ms. Stewart resigned from Kellogg Canada to spend more time with her family. Rejoining the company in her current role as President, Kellogg Canada, she brings with her a total of more than 25 years of Kellogg experience.

Ms. Stewart and her husband, Richard, reside in Mississauga, Ontario. They have two children.