With businesses having to adapt to survive economic uncertainty, Natasha D’Souza asks how leaders are changing course to meet demand.

“Never let a crisis go to waste,” says Robert Wildeboer, the executive chairman and co-founder of Canadian auto parts supplier Martinrea International. The coronavirus pandemic has abruptly upended the global economy while simultaneously triggering a seismic shift in consumer preferences and demanding a new paradigm for a business pivot.

Great pivots, typically considered the mainstay of Silicon Valley with its unicorn startups and skyrocketing valuations; are now part and parcel of the business narrative surrounding the COVID-19 outbreak. History is replete with examples of how crises have catalysed pivots across industries; giving birth to new products and services. Take Apple’s iPod, for instance, which was launched a mere month after the 9/11 terrorist attack. Sometimes crises serve as a launching pad for entire enterprises. In fact, almost 60% of Fortune 500 companies emerged during a crisis. General Electric was founded just as the US economy collapsed in the late 19th century and amidst a run on the gold supply only to survive and list as one of the original 12 companies on the Dow Jones Industrial Average in 1896, a position it still holds today. The Walt Disney Corporation was founded in 1929, right in the middle of the Great Depression.

Leadership learning on the go

Globally, the common denominator among business pivots brought on by the coronavirus is speed, both in decision-making and execution.

Hill – regarded as one of the world’s foremost experts on leadership – contends that the new operating model hinges on agility: “Everything is now a working hypothesis. The modus operandi for the C-suite today is acting on available data, learning on the go and dynamic course correction.”

James Lafferty, CEO of UAE-based Fine Hygienic Holding, agrees. “Typically when you shoot a gun, it’s ready-aim-fire. But right now, it’s ready-fire-aim! You get in the market as quickly as you can and figure out the details with every single consumer interaction.” Lafferty, a seasoned consumer goods executive who was formerly CEO of Coca Cola in Nigeria, can add another feather to his cap: bringing to market the world’s first protective reusable N-95 face mask clinically proven to kill the coronavirus.

Whereas the typical consumer goods protocol for a new product involves developing and testing a prototype over several months, the COVID-19 pivot playbook proves that the future belongs to the fast. The Fine Guard mask went from design to distribution in just eight days at a company that had only recently repositioned itself as a wellness-driven enterprise. “I’m 57 years old and this pivot has been an unprecedented experience in my career because it broke all the rules. We were the first people advertising medical-grade face masks as a consumer goods product. In a mere three months, the Fine Guard mask is distributed in over 56 countries and is always sold-out.”

Lafferty contends that “any pivot should have a solid strategic foundation”. Until recently Fine was known as a hygienic paper products group, but it evolved into a wellness company several months before COVID-19 hit the world. “So we had already had our strategic positioning in place which gave us a great vantage point for our tactical moves. That’s the point when senior leadership must be empowered to undertake tactical decisions independently and ‘break the rules’ if necessary,” he says.

A sizeable number of enterprises have also undertaken ‘situational’ pivots, addressing circumstantial adjustments to consumer service needs – such as online order placement and contactless delivery – and product needs, such as sanitising materials. French Luxury goods group LVMH repurposed three of its perfume and cosmetics factories to produce hand sanitiser in response to shortages in France, a move emulated by several firms worldwide. Typically, these pivots are grounded in the need to keep a business running and maintain gainful employment while addressing both a market or sector demand for the greater public good.

A substantial number of enterprise pivots are rooted in social responsibility and a desire to contribute meaningfully to critical resource requirements brought on by the pandemic. One example: engineering firms around the world responding to pleas from governments to provide expertise in design, 3D-printing and assembly to existing ventilator manufacturers struggling to meet unprecedented demand. “By the second half of March this year, practically everything shut down and our revenue was practically close to zero with almost 14,000 employees on layaway,” recalls Wildeboer. “Our rationale for contributing to the ventilatory effort was simple: we know the auto sector will come back in some shape or form at some point. Until then, how can we best leverage our deep expertise in manufacturing metal products at scale to serve a market necessity?” In a similar move, engineering firm TTP teamed up with Dyson to develop a new ventilator in just 30 days.

While the inherent reputation enhancement opportunity presented by these pivots cannot be overlooked, the intense effort and extensive resources involved indicate a deeper set of motivations that transcend pure profit and optics. In the long term, it remains to be seen if these reputational gains lead to tangible financial outcomes and consumer loyalty and uptake in the future.

Pivots that prove strategically beneficial are often the result of a leader who is both informed and intuitive. For Lafferty, pivoting Fine to a wellness-focused brand was intuitive: “We started calling ourselves a leader in the world of wellness, not a consumer tissue company.” It was also a “calculated decision” based on his ability to decipher macro-level shifts in the industry and society at large. “I considered a Gallup study that identified top trends for the year 2050 and I could see our world will continue to care about individual and community health.”

“A leader is ultimately an instrument to get things done. And one of the ways to do this successfully is to embrace creative abrasion,” explains Hill. This competition of ideas and diversity of debate and dialogue is essential in enabling leaders to formulate a business response during a crisis.

“You need to create an environment in which you have access to individuals with diverse skillsets and viewpoints and are empowering these individuals to freely share their voice,” shares Hill.

It’s an approach that Lafferty – recognised by Forbes Middle East as one of the top 50 international CEOs leading local companies – frequently employs when he is looking to roll out a major project or transformational change, as with the development and launch of the Fine Guard Mask. “I picked three of the most entrepreneurial people I knew in the company, people with unlimited imagination and comfortable going against the grain, not someone who would resort to multiple memos and meetings… I wanted folks who would get on the ground and get things moving. We came up with the name Fine Guard in about two hours. In a normal FMCG multinational, this project would have taken two years. It took us eight days end to end.”

The ability for an organisation to seamlessly and successfully orchestrate a pivot depends on the values on which its culture is based. “The culture at Martinrea is absolutely key to how we’ve conducted ourselves during the pandemic,” says Wildeboer. “Our ethos is about making people’s lives better through our products and services. Day to day, it’s our principles of lean manufacturing and entrepreneurial ownership that inspire how everyone steps up to their task. Every GM at our plants around the world is effectively the president of his or her plant.”

How are companies and their leaders adapting and reimagining their organisations’ strategies through the immediate impact of the coronavirus pandemic?

In this series, OBSERVE investigates The Great Reset. 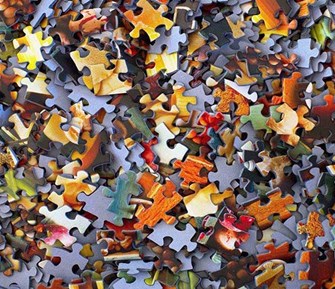 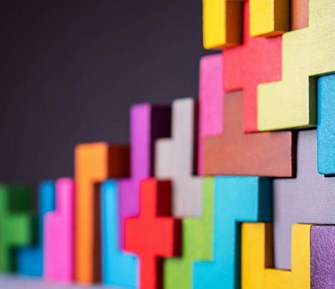 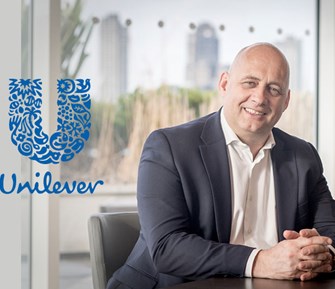 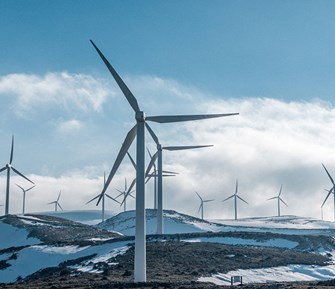 Will governments and business leaders seize the opportunity and widespread demand to place ESG ma...
Read
21349