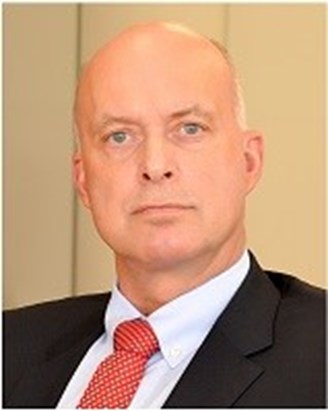 Based in Riyadh, Kingdom of Saudi Arabia, Steen F. Hadsbjerg is the Chief Executive Officer of public listed company Nadec Foods. The National Agricultural Development Company (Nadec) is one of the largest foods and agricultural companies in the Middle East and North Africa. He is the former Vice President and Regional CEO of Arla Foods in Africa and were the master mind behind setting up and expanding Arla Foods presence on the African continent with business units in Nigeria, Senegal, Ivory Coast and Ghana. Besides managing Arla Foods activities in Africa, he was head of Arla Foods global International Dairy Program, which is engaged in improving global food security by developing local dairy industries and setting up local farming in developing and emerging markets.

Besides building and developing Arla Foods presence in Africa he is the founder and trustee of the NGO “Milky Way to Development” in Africa and one of founding partners of the European Business Organisation in Nigeria. Prior to his time in Arla Foods, he was the Chief Executive Officer of Fan Milk PLC in Nigeria and following a successful turn-around, he played a substantial role in the sale of the Fan Milk group to Dubai based private equity company, Abraaj Group, and French dairy company DANONE in 2013/2014.

He holds a M.Sc. degree in Strategy and Management from the Danish Defence College in Copenhagen, and a Master of Business Administration degree from Copenhagen Business School in Denmark. As part of his Master of Business Administration programme he followed studies in sales and marketing at Stanford and Berkeley universities in California and in strategy at Shanghai University. In the recent years he has been following Executive Leadership programs at London Business School and Stanford University. His international experience includes numerous general management positions, programs and consultancies in Denmark as well as oversea, in complex business environments in Central- & Southeast Europe, the Middle East and Africa.

He has been rewarded the Danish Defence Medal for International Service OOS, the United Nations Medal for Service in Kuwait – Desert Storm/UNIKOM (1991) and Le Médaille de l’OTAN pour le Kosovo (2000). He has been awarded the Supreme Officer of the Order of Merit of the Italian Republic, the Cross of the Knight (1993) Supreme Officer and the Order of the Lithuanian Grand Duke Gediminas, the Cross of the Knight (1995) Steen speaks Danish, English, French and German.